The Embraer EMB-110 Bandeirante is a commuter aircraft that is near and dear to my heart. When I first found myself focusing on the commuter airline industry back in the very early 1980s, the Bandeirante was the first new aircraft to be designed for the industry. In fact, the Bandeirante helped lead me to my first interview with an airline. I didn’t get the position and as time has shown, things worked out just fine, thank you. (Interestingly, my path has crossed with the fine gentleman who did earn that position several times over the years and we remain in touch…I think things have worked out for him, as well.) But I digress. In many ways, the “Bandit” helped launch my career as a freelance aviation photojournalist. So here is a little photo essay of Bandeirantes that have been used in the United States. 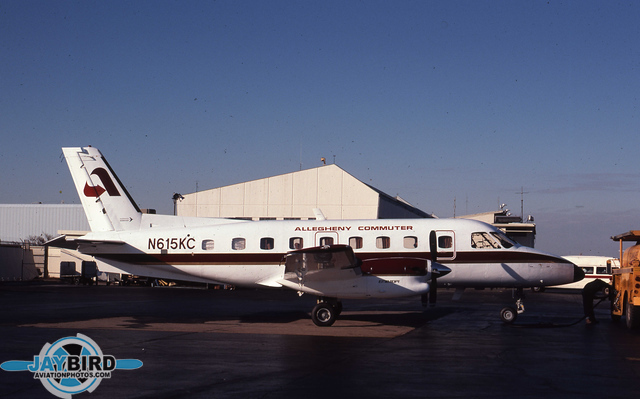 N615KC was one of several Bandeirantes operated by Aeromech as an Allegheny Commuter carrier. This was photographed at Washington National in late 1979, and represented my first sighting of this type. 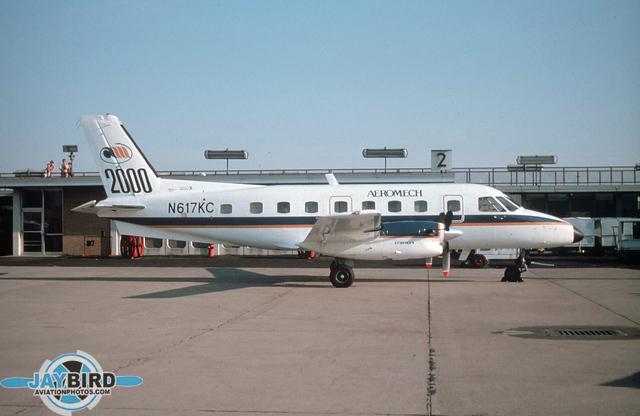 Shortly after receiving its first Bandit, Aeromech made an unprecedented decision to leave the Allegheny Commuter system. N617KC was the 2000th aircraft delivered by Embraer, and was so designated by the “2000” on the vertical stabilizer. This photo was taken at Canton-Akron Airport in April 1980.

Here is N619KC, another Aeromech Bandeirante, photographed at the company’s headquarters in Clarksburg, WV in December 1981. 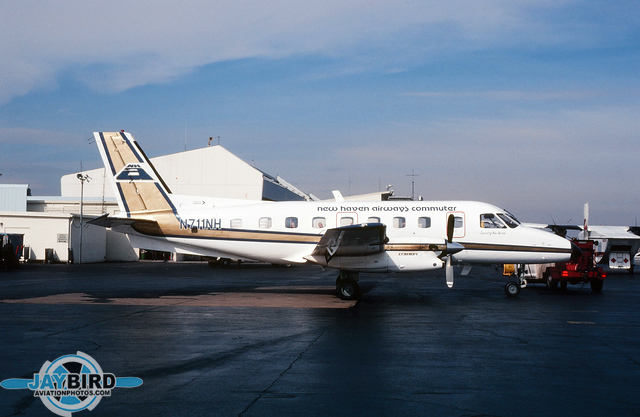 New Haven Commuter Airways was another early operator of the Bandeirante into DCA. I photographed N711NH in February 1980.

Mid-South Commuter Airlines was based in Southern Pines NC and was, for all practical purposes, a replacement carrier for Piedmont in some of the smaller markets, The commuter airline also produced a bumper crop of some of the finest pilots that Piedmont ever saw. N124MS was photographed at Richmond in early 1981 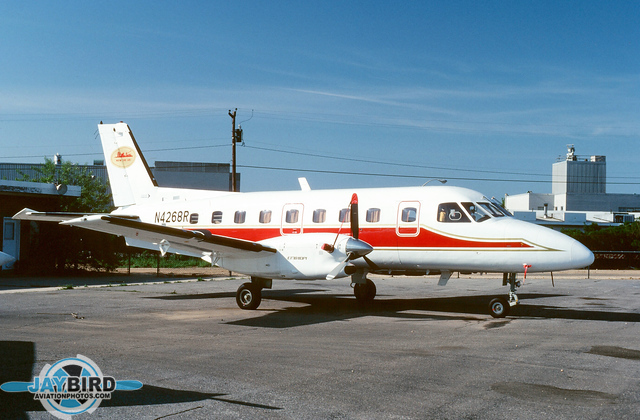 At about the same time as Texas Air Corp was forming New York Air with DC-9 assets from the parent company, Starflight Aviation established a small commuter carrier based in Farmingdale NY called New York Air. N4268R was the only Bandeirante operated by the company. 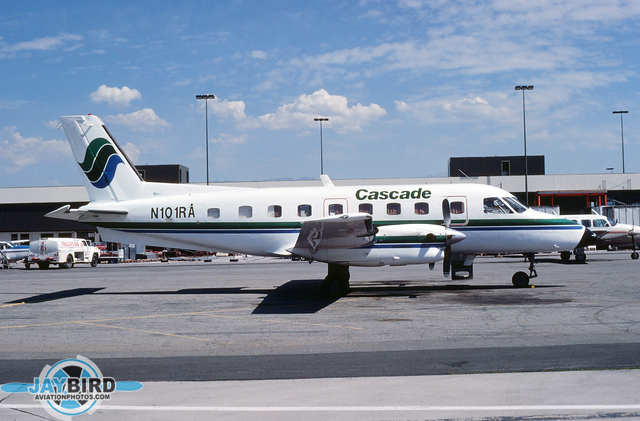 Cascade Airways was another early operator of the Bandeirante. On a trip out to the west coast in October 1980, I routed myself through Salt Lake City so that I could grab this photo of N101RA.

N616KC was obviously an Aeromech Bandeirante on lease to Vee Neal Airlines. It was photographed at DCA on a bright December morning in 1981. In a historical note, Vee Neal was an early operator of the British Aerospace Jetstream 31. In recognition of this equipment, the airline changed its name to Jetstream International Airlines and became an early Piedmont Commuter carrier. Later, after Piedmont was bought by USAir, the airline was renamed PSA Airlines and is now the largest owned American Eagle carrier. 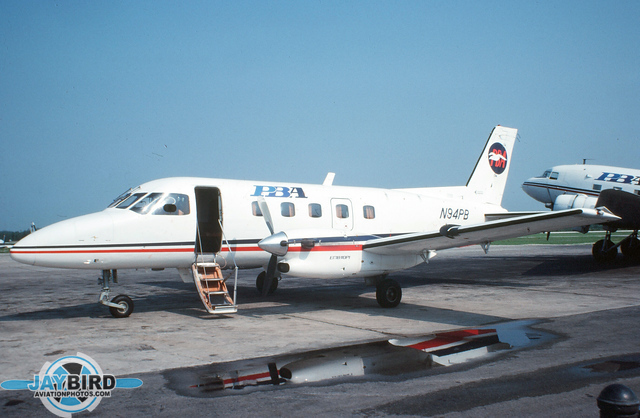 Provincetown-Boston Airlines was one of the earliest commuter airlines in the US, and also one of the first to operate large aircraft. As the company grew under deregulation, it added the Bandeirante as a gap-filler in size between the Cessna 402 and Douglas DC-3. N94PB is seen at the airline’s Florida base in Naples. 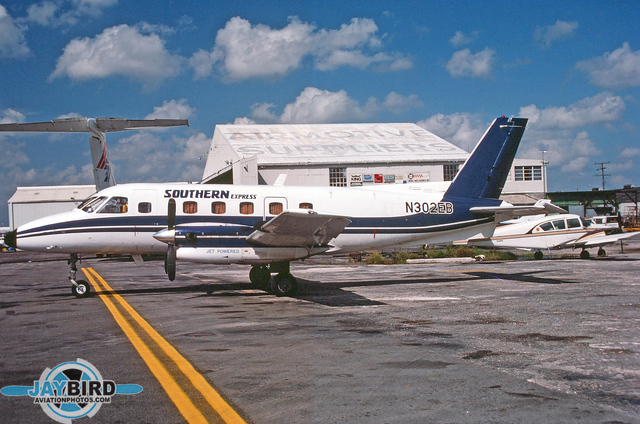 Southern Express was a short-lived member of the Piedmont Commuter System. Its Bandeirantes were acquired from a number of sources, and I’m pretty sure that no two were painted alike. Both photos were taken in Miami in 1985. 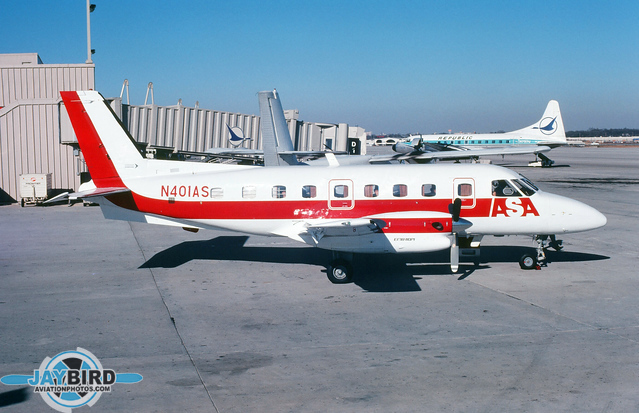 Atlantic Southeast Airlines started service with a single de Havilland Twin Otter and after several months of operation, added Bandeirantes to its fleet. N401AS was the carrier’s first Bandeirante and was photographed at Atlanta in January 1981. 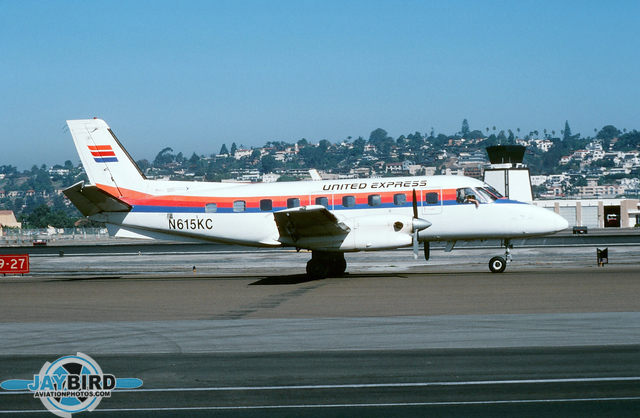 Westair Commuter was the first west coast United Express carrier. It began operation with a number of Bandeirantes, including N615KC, an ex-Aeromech machine, seen here in San Diego. 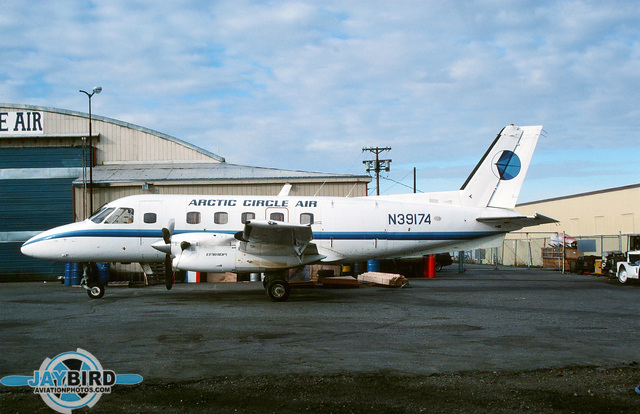 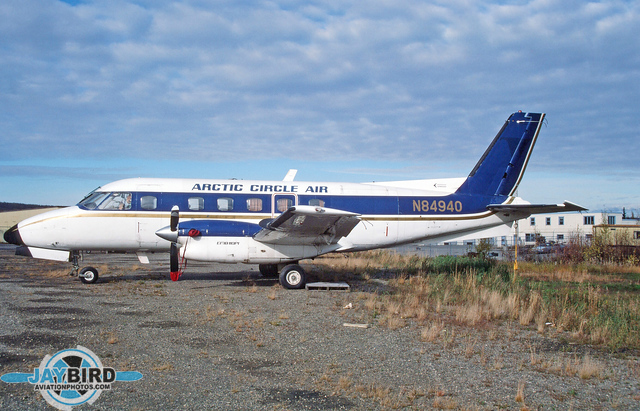 On my first trip to Alaska, I saw these two Bandits in Fairbanks operated by Arctic Circle Air 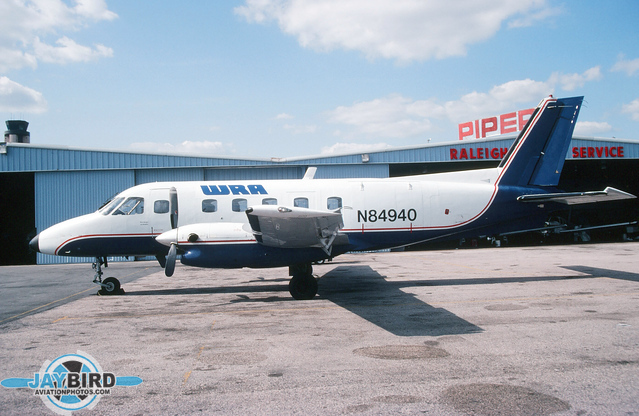 In May 1992, seven years after my first trip to Alaska, I saw N84940 thousands of miles south, at Raleigh-Durham, operating for WRA Airlines.