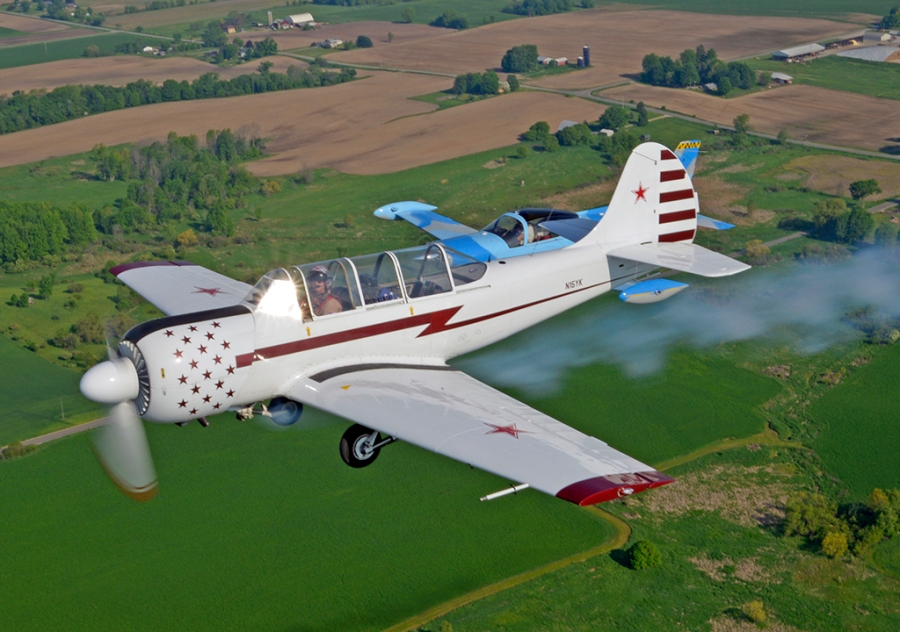 A week after I got home from my Florida trip, I was headed back out to the West Coast again, this time for All Red Star. This is one of the premier flying events on the West Coast and I was thrilled to be a part of it. I began by flying into LAX and meeting up with Gil Lipaz. We flew out of Santa Monica and led an interesting 4-ship formation to Porterville CA. This formation included Gil, his father Michael, flying his Yak 18T, and a pair of Yak 50s owned by Bill Von Helmolt and Todd Robinson 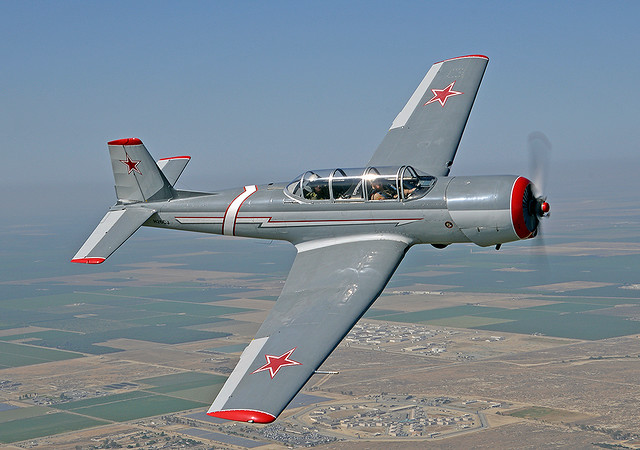 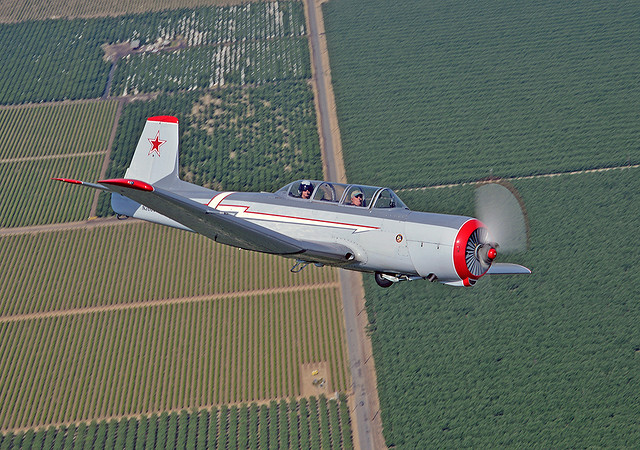 Todd Richardson owns an eye-catching Yak 50. It is seen here in formation with Bill Von Helmolt’s Yak 50 as we weave our way between mountain tops covered in red poppies.

Bill Von Helmolt bought this Yak 50 from an owner in Germany, which explains the German markings.

While officially billed as an RPA event, All Red Star attracted warbirds of different feathers, including T-34s, T-6s, and several additional aircraft types.

One of the best-looking planes at All Red Star was Todd McCutchan’s handsome T-34.

Kurt Howerton, a veteran of All Red Star, recently replaced his CJ-6 with a Navion and, for him, it was like learning formation flying all over again 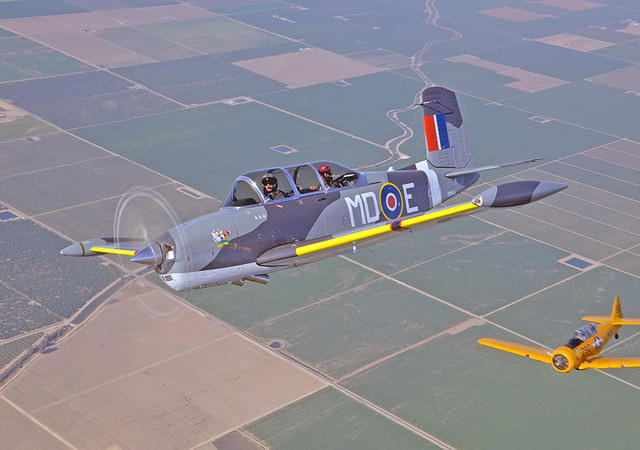 Dan Mintz was a ht with his “Mentor disguised as a Spitfire.” 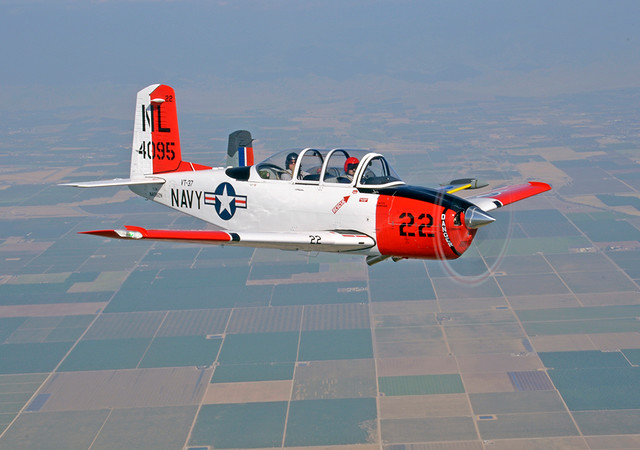 My photo of Mike Reirdon’s T-34 graced the cover of the Winter Mentor Monitor. 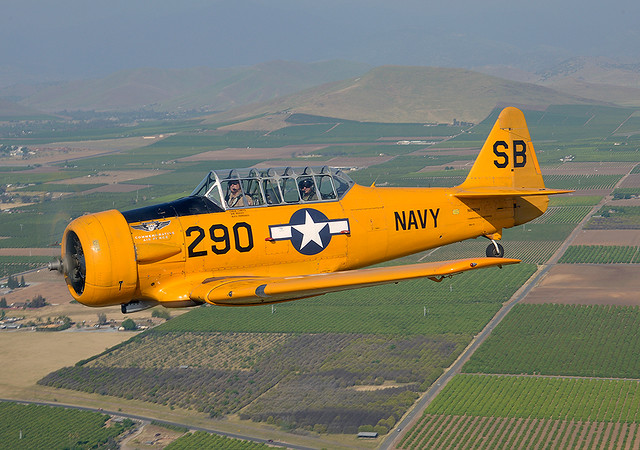 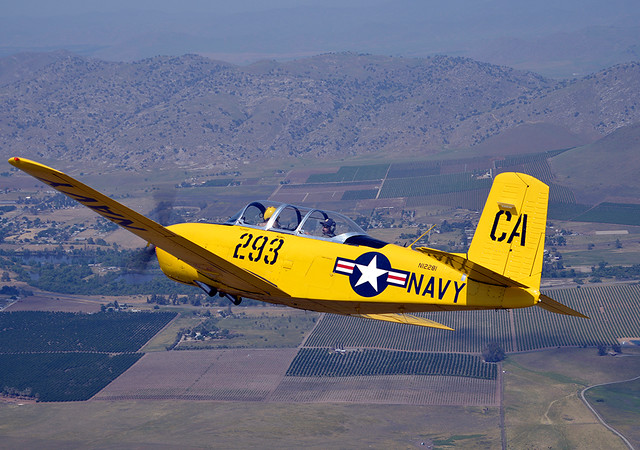 Here is John “Flipper” Flippen in his yellow T-34 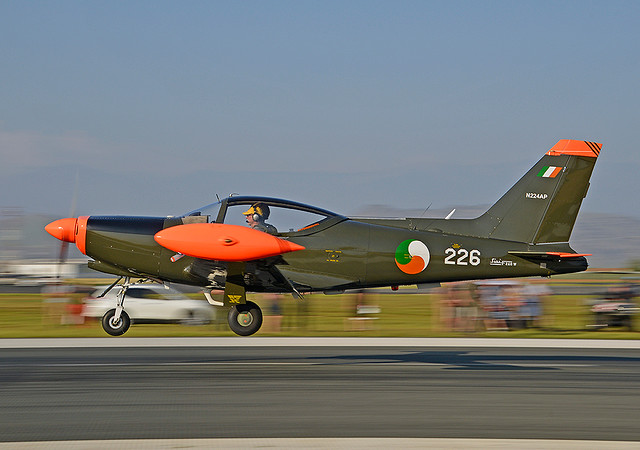 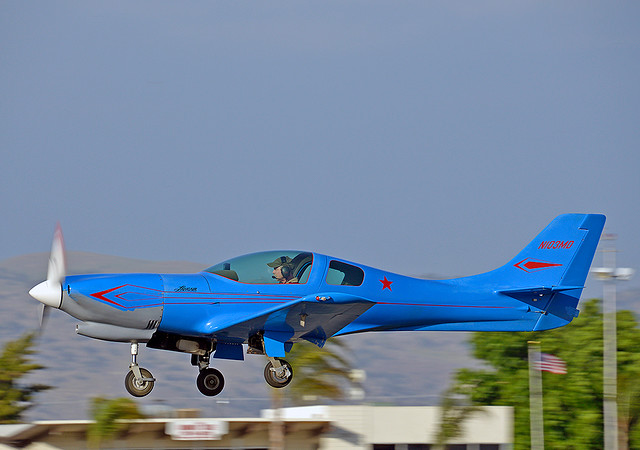 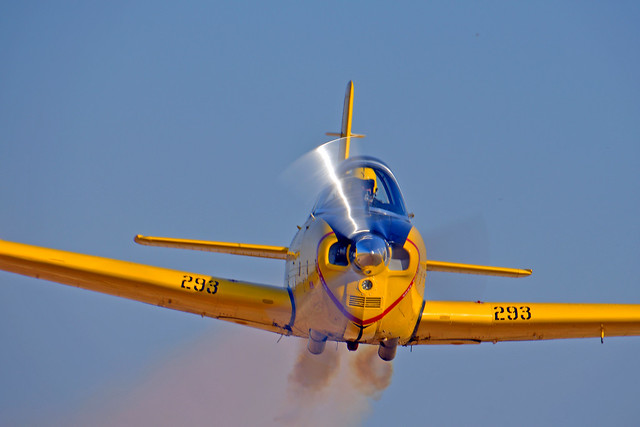 Flipper lines up for his “flour-bombing” run 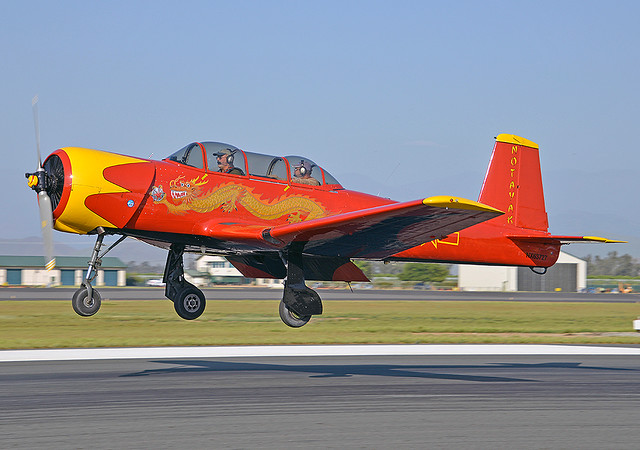 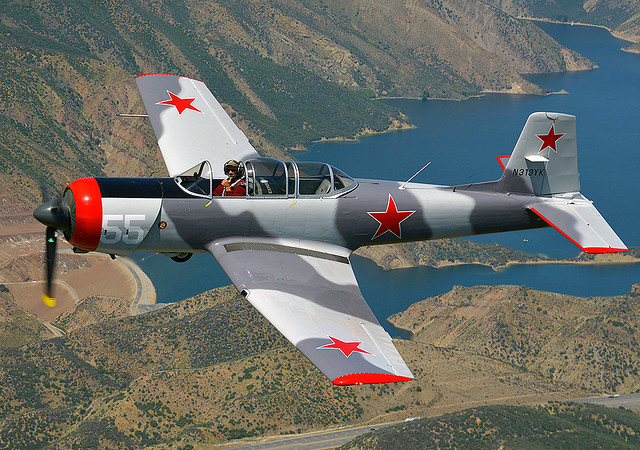 My shot of Ryder Adams giving the “thumbs up” in his CJ-6 made the cover of Red Alert magazine.

Until this weekend, I’d had yet to photograph a P-51 air-to-air. Mark Peterson kindly helped me to end that drought by kindly posing his beautiful Mustang, “Diamond Back” alongside Dan Kirkland’s T-6, in which I was flying. Thank you, Mark! 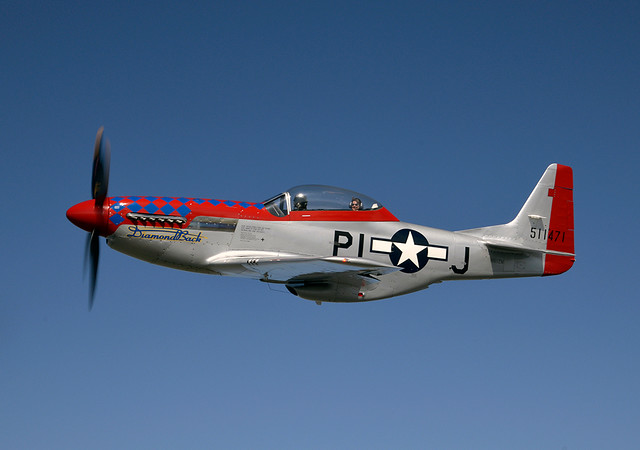 I spent Memorial Day weekend in Fremont, MI for “Crimson Hole”, a formation clinic organized by Dan “Hole” Booker, the North Central Regional Director of the RPA. It was a relatively small event, but those in attendance made the most of the weekend. 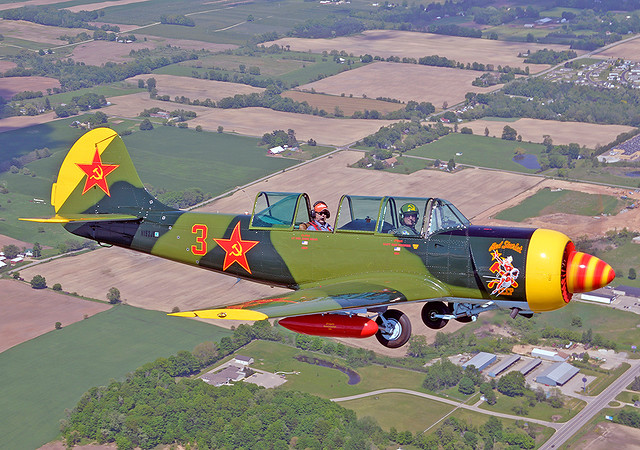 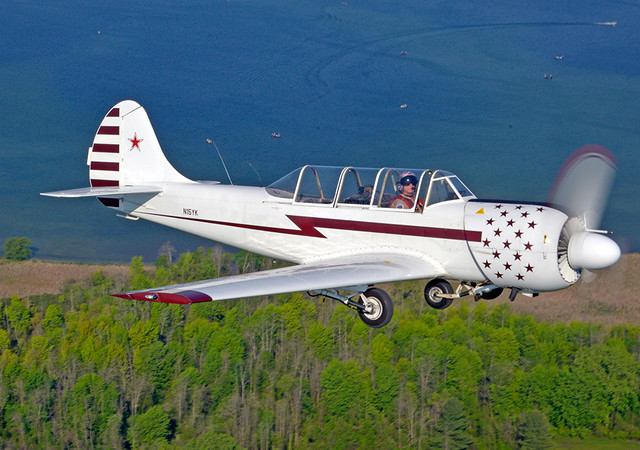 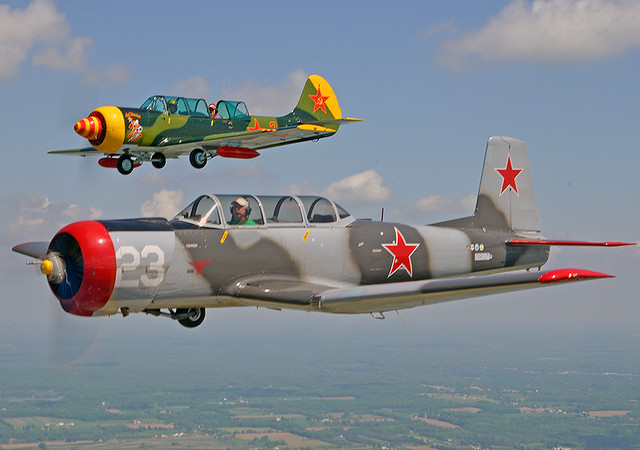 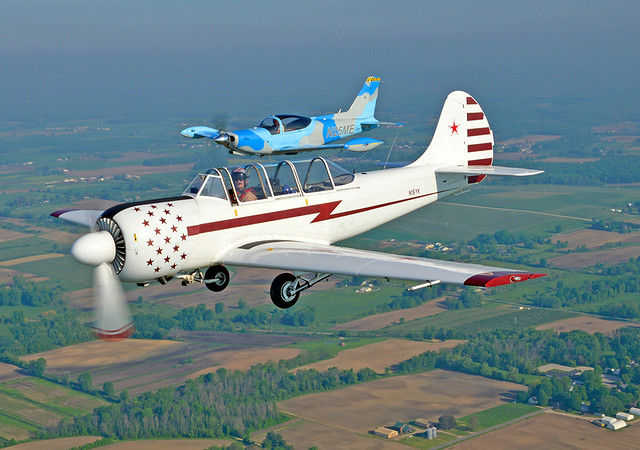 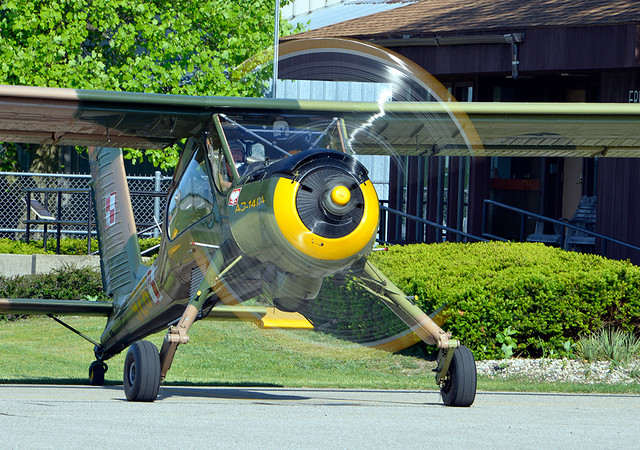