As you probably know, 2019 is going to start out very slowly for me as I recover from a pretty major rotator cuff surgery. It’s going to be several months before I can even hold a camera, let along crawl in and out of the cockpits of most of the warbirds I fly in and with.  So while I am chomping at the bit waiting to start taking photos again, I figured this would be a good time to take a look at 2018 in review.

If 2017 was the year I discovered the warbird community, 2018 was the year that I really began with the purpose of making my mark in that community. In the winter of 2017 – 2018 was highlighted by a grand slam of magazine cover photos. My photos were featured on the covers of “Red Alert”, “Skylines”, “Mentor Monitor” and “Twin & Turbine”.

Typically, wintertime equates to hibernation for warbirds. Not in the Southwest, however. My first fly-in of 2018 began on January 26 in Palm Springs, California. 16 Beech T-34 Mentors descended upon Palm Springs, CA (KPSP) for the 18th annual “Meeting of Mentors”.  They came from as far away as Palmdale, San Diego and Phoenix to support the Palm Springs Air Museum, which sponsors a weekly aviation-related event for its visitors. This weekend gave the Museum’s visitors a chance to get up close and personal with the T-34s and their pilots, and it gave the pilots a chance to do some formation flying. The weekend also gave me an opportunity to fly with some of the T 34 pilots based in the Southwest United States. I was able to get photos of planes flown by: 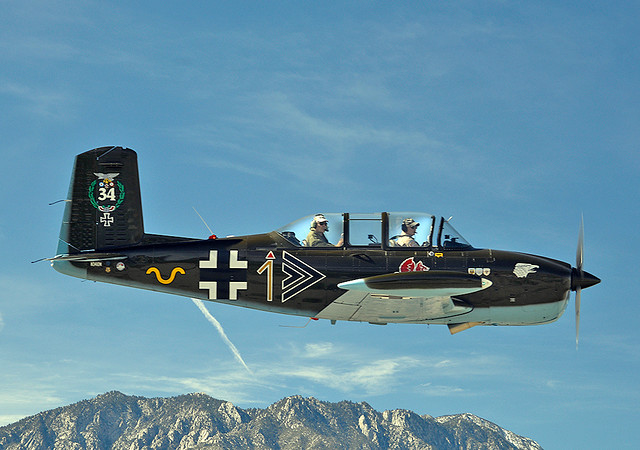 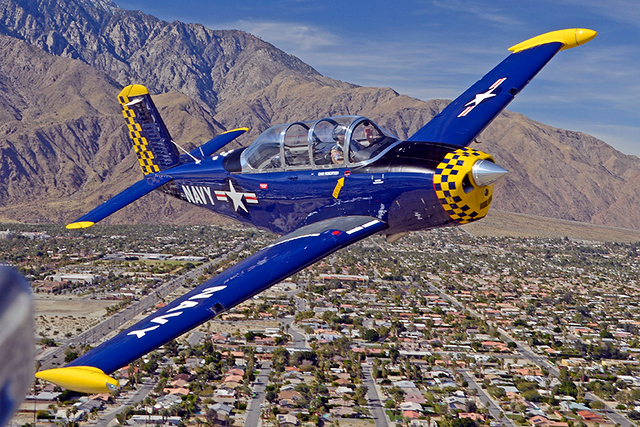 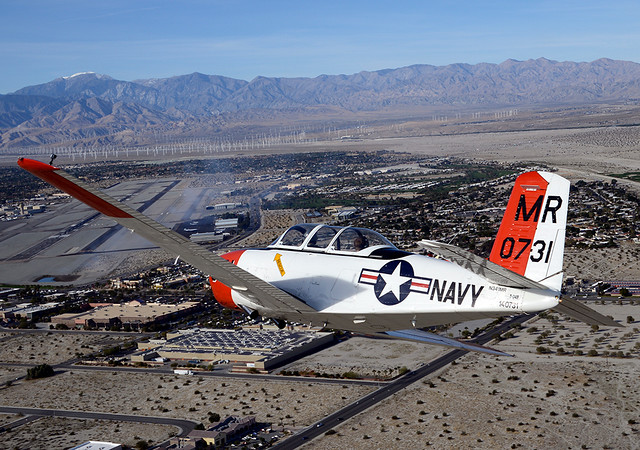 However, the real story of the day centered around the pilot I was flying with, Ron Alldredge, and it happened on the ground. To make a very long story short, Ron got to chatting with one of the spectators, a gentleman named Bruce Walker, who had learned to fly in the T 34 some 60 years earlier. Before long, Ron invited Bruce to make himself at home up in the cockpit and from there, a news story was born, one that would be played out later. 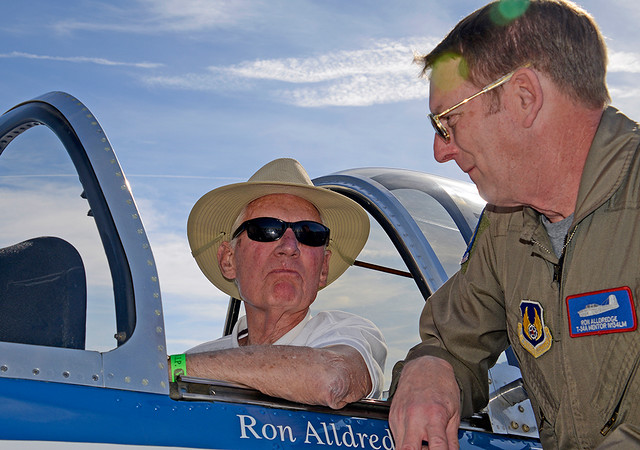 The following weekend, I was back out West to Yuma AZ to attend the Mooney Caravan Gunfighters Formation Clinic. In order to participate in a mass formation arrival into Oshkosh, pilots must undergo training to advance their formation skills. A total of 33 aircraft participated, which included 23 Mooneys, 4 Cirrus, 2 CJ’s, 2 T-6’s, and one each PA-28 and PA-24. All in all, the Mooney pilots flew some pretty tight formations. 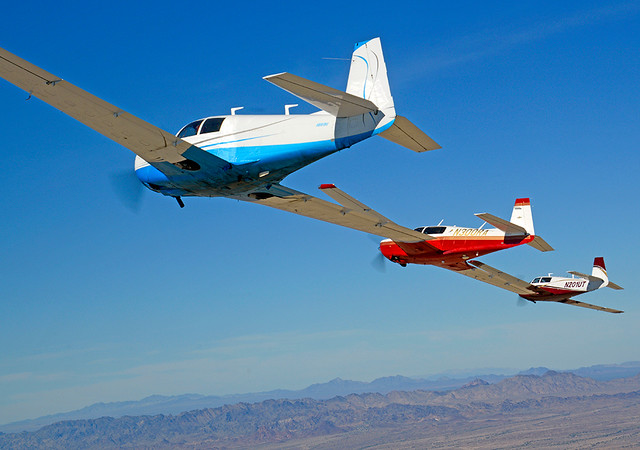 The Mooney’s arrived with some interesting color schemes, and the Yuma area offers some exotic scenery

Scott “Gabby” Wallace showed up with his Nanchang CJ-6

Mike Pfleger owned, at the time, one of the best looking SNJs around. He has since sold it.

February 15 marked the beginning of Swamp ThunderSwamp Thunder, which takes place at Waycross, GA. Jon “Saber” Blake is the regional director of the Southeast region Red Star Pilots Association, and he believes in organizing two formal formation flying clinics each year. He explains, “I have encouraged the members in our area to organize their own get-together locally. We had a couple in 2018 but nothing like the year before. In some ways, Swamp Thunder is a good dress rehearsal for Sun ‘n Fun. For most of us, is the first opportunity to knock off the rest. This year, we had some weather challenges which several of our members away.”

One of the interesting visitors to Swamp thunder was Barry Ford and his Gyro plane. While he was unable to fly formation with anyone, that Gyro plane made for a pretty neat photo platform.

Here I am getting ready for a flight.

This is an interesting view of Jimmy Burke’s Yak 52 TW. 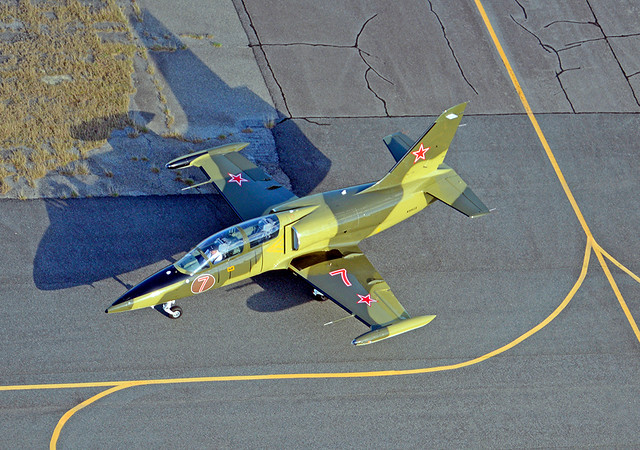 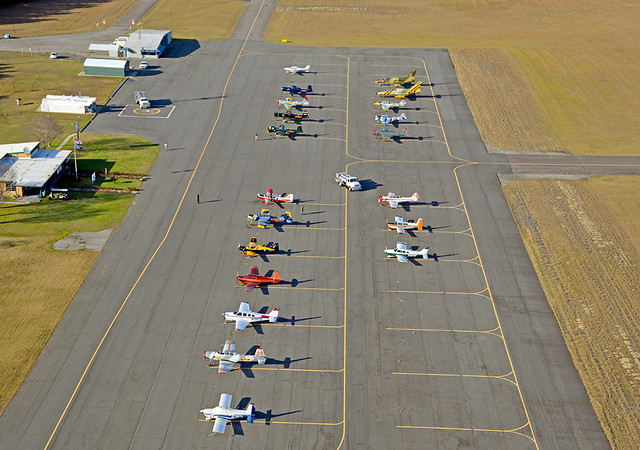 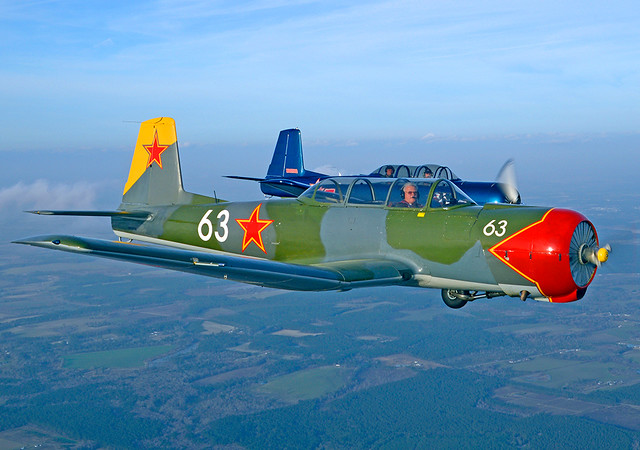 Mike “Pod” Foster is one of the Southeast Region’s check pilots.

Pod leads VD and Wayne Altman in a good-looking formation.