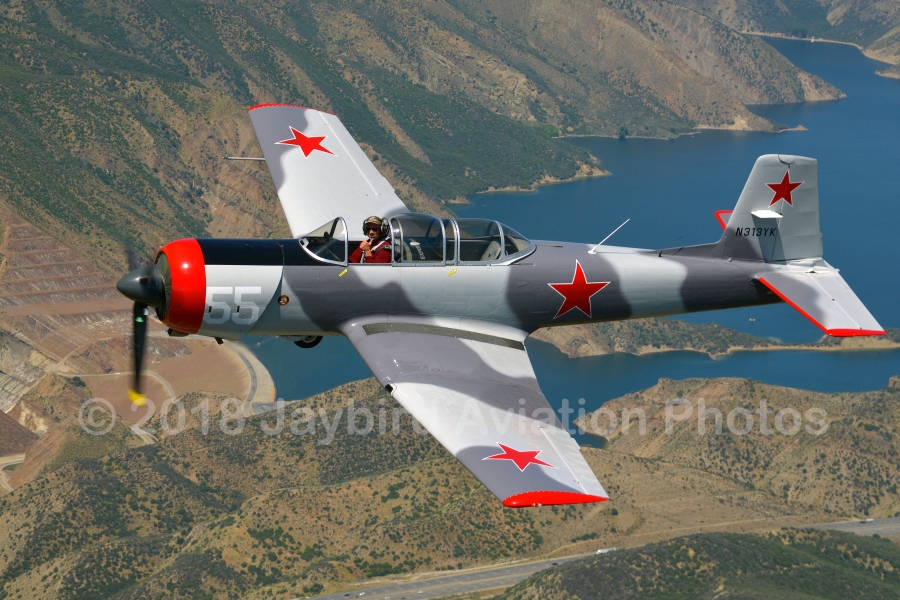 After two and a half fun-filled days at All Red Star, it was time to head home. The first leg was the most fun…another formation flight from Porterville back to Santa Monica. Once again, I flew in Gil’s backseat. We accomplished an element takeoff with Michael’s Yak 18T on our right and  Ryder Adams in his CJ-6 trailing us. However, since the Yak 18T was my primary photo subject on the way up, we moved Ryder over to our right side after takeoff to take advantage of the morning sun as we winged our way south.

We made an element takeoff with Michael on our right wing.

Early on, we encountered some cloud layers that made for some interesting photography

After takeoff, we crossed Ryder to our right. He has obviously flown in front of a camera before…

While Ryder was certainly not camera-shy, it also helped that Gil had an eye for what was going to look good through the camera’s lens. He positioned us perfectly for me to capture Ryder’s Nanchang against some spectacular scenery.

Ryder never took his eyes off of Gil, who was flying Lead

His hands, however, were another thing…

All it all, it was like pulling teeth to get Ryder to smile. NOT… 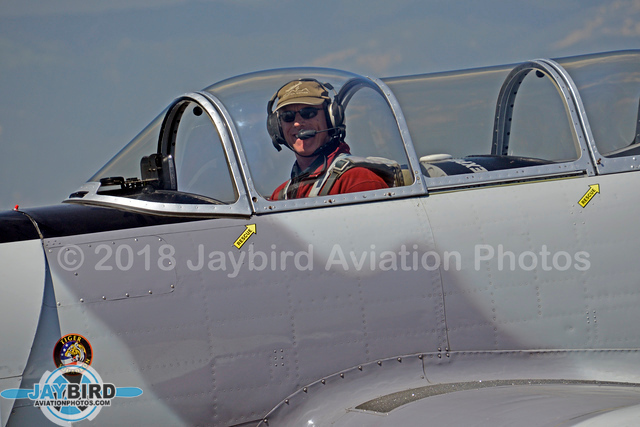 As we approached the Los Angeles metro area, Ryder detached and headed to Hawthorne Airport. At that point, we moved Michael over to the photo side, since he was feeling a little neglected.

As we neared Santa Monica, the scenery changed drastically.

And on final approach to Santa Monica, we passed by some high-value real estate

Thanks to Gil, Michael, and Ryder for a great flight home and some terrific photography