From the earliest days of my airliner interest, I was always fascinated by the F.27. Maybe it was because I was living in the San Francisco area, where all three of the local service airlines (West Coast, Pacific, and Bonanza) flew F.27s, Maybe it was because of the fascination of being able to watch the landing gear go up and down. Maybe it was because it resembled (at least in my mind) the seagulls, which were plentiful in Palo Alto. It might have been those huge oval windows that looked more like fishbowls than airplane windows. Whatever it was, it took me many years before I actually flew on my first plane in the F.27 family (Ozark FH.227, actually).

While it took a long time for me to enjoy my first flight in an F.27 family, I always sought them out as photo subjects. Because of the aircraft’s utility, it has flown in countless countries, big and small, in all six inhabited continents. Here is a sampling of the Fokkers  and Fairchilds that I have seen over the years: 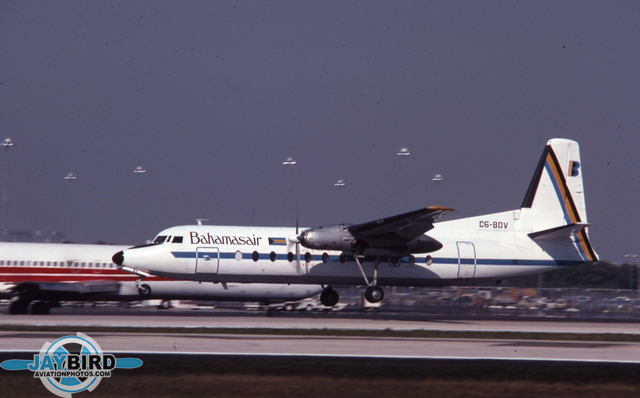 C6-BDV is a FH-227 of Bahamasair, seen landing at Miami

N374RD is another FH-227C, this one seen in the markings of Airlift International, began life with Northeast Airlines as N374NE. It was photographed at Opa-Locka. 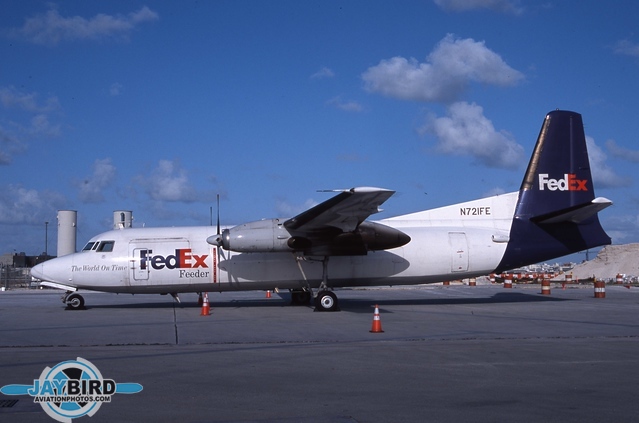 Mountain Air Cargo operated a fleet of F.27s that were owned by Fedex. N721FE was an F.27-500 that was originally delivered to Malaysia-Singapore Airlines. 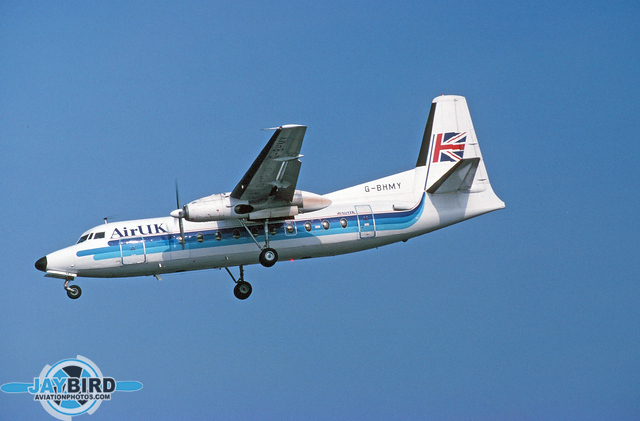 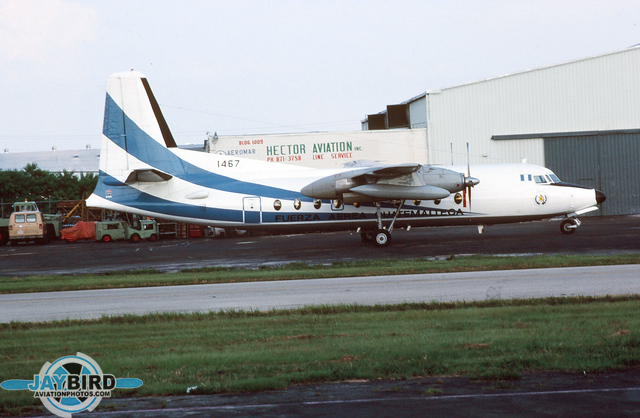 This Fuerza Aerea Guatemalleoa F.27-400 was seen at Tamiami.

G-JEAF was a F.27-500(SCD) operated by Jersey European, seen landing at London Gatwick. 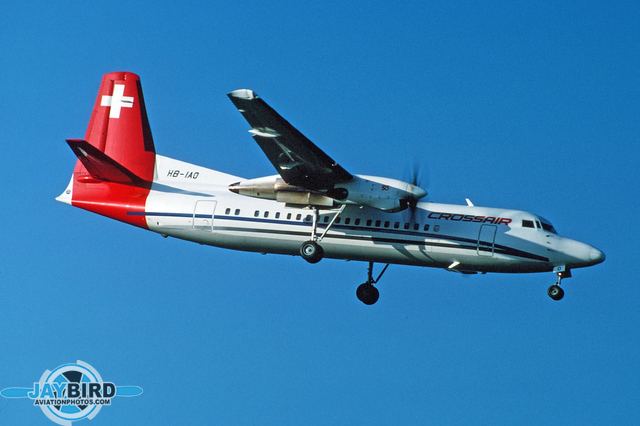 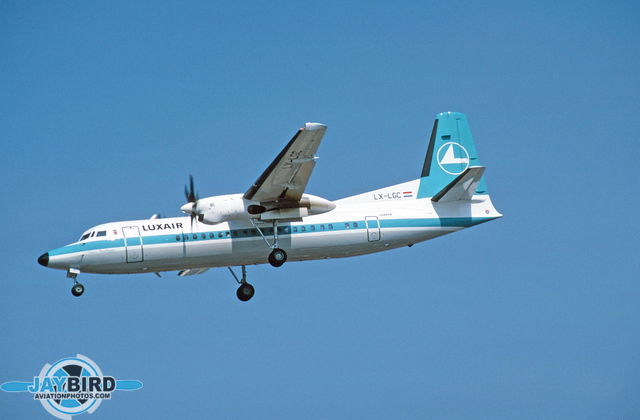 LX-LGC was one of seven F.27-050s used by Luxair. It is seen here landing on Runway 27R at London Heathrow. 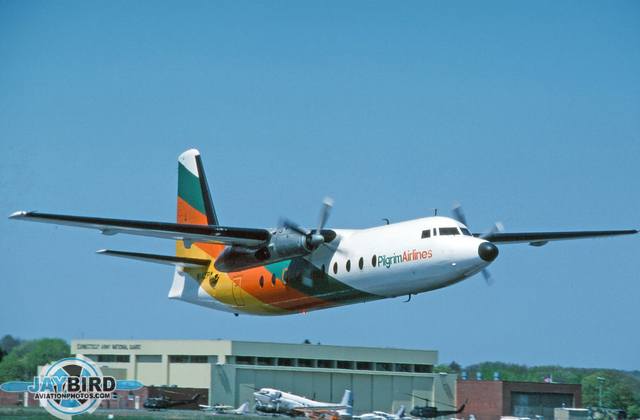 N142PM was one of the only F.27-100s operated in the US. It is shown here in Pilgrim Airlines colors, lifting off from company headquarters at Groton CT. 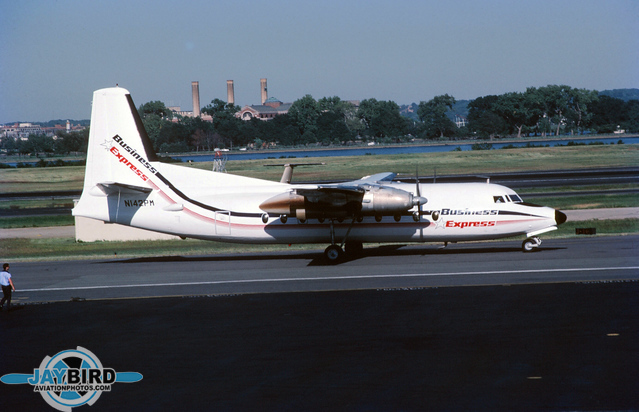 Here is another shot of N142PM, now seen at DCA in Business Express colors. 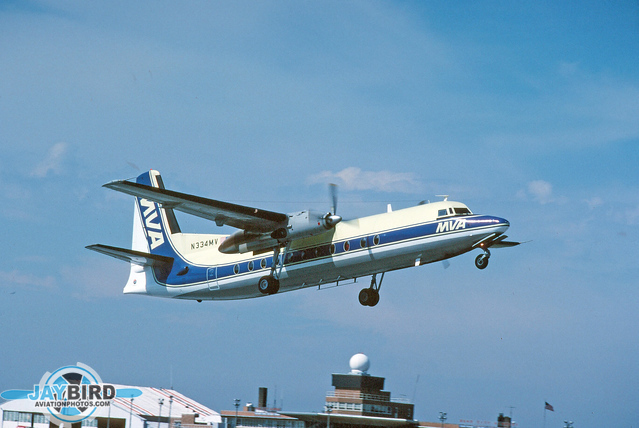 N334MV is a Mississippi Valley F.27-500, seen at company headquarters at Moline IL. 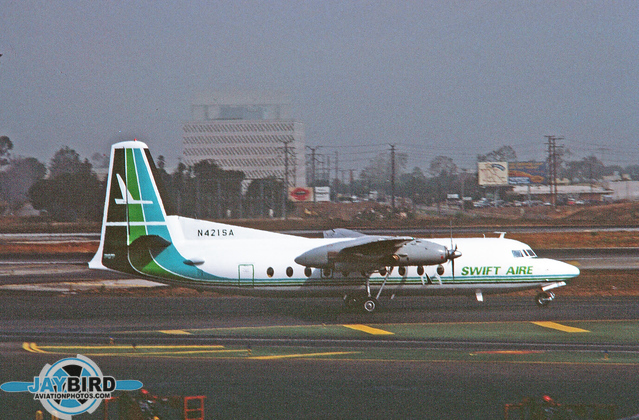 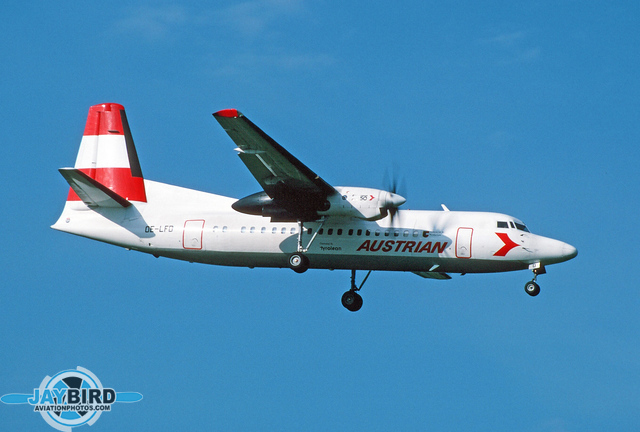 Austrian Airlines operated a fleet of F.27-050s, including OE-LFD, seen landing at Zurich 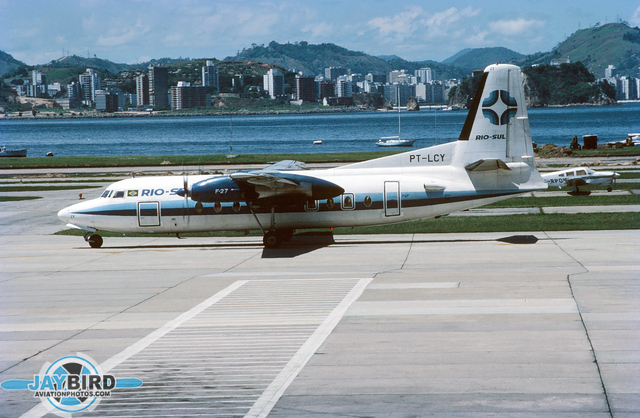 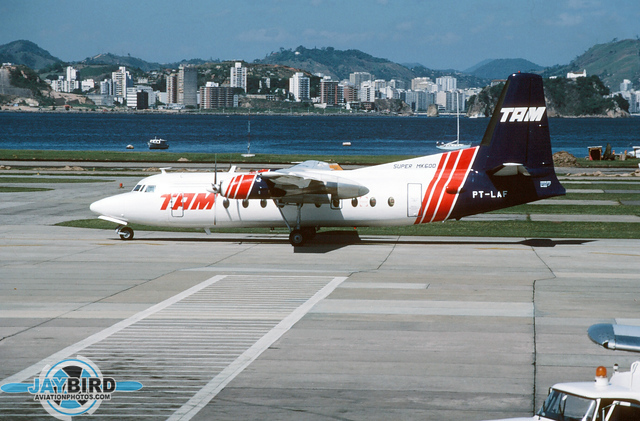 TAM Brazil, today the Brazilian flag carrier, had a modest beginning, which included this F.27-600 PT-LAF, seen at SDU. 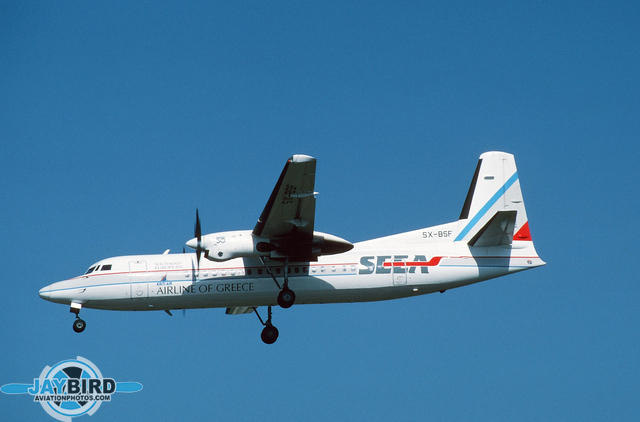 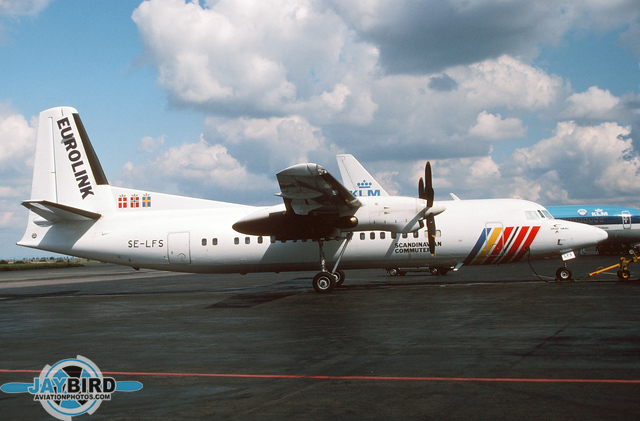 SAS Eurolink operated a large fleet of F.27-050s including SE-LFS, photographed at Prague. 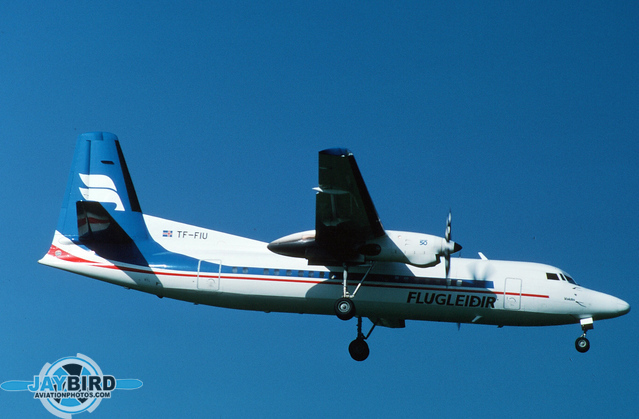 TF-FIU was a F.27-050, shown landing at Zurich in the colors of Flugleidir,

East-West Airlines was a major operator of F.27s, including VH-EWP, a F.27-500RF. It was photographed at Sydney.

ZK-DCB was a F.27-200 originally delivered to the New Zealand CAA, but later leased to iconic Mt. Cook Airline. Photographed at Windy Wellington.

Air New Zealand was another major operator of the F.27s, including ZK-BXH, an F-27-100, seen lifting off from Wellington. 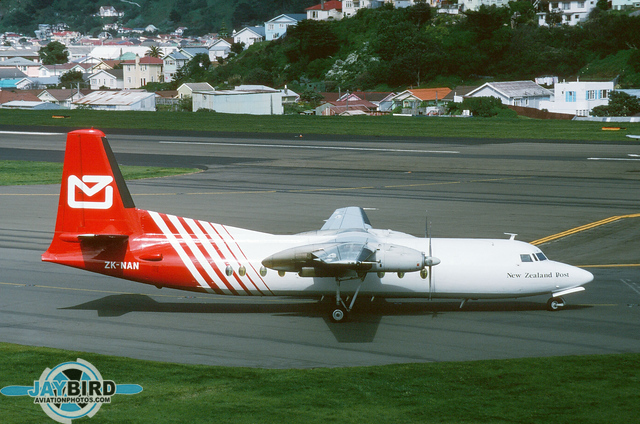 ZK-NAN was originally a NZNAC F.27-500(SCD) which was sold to Airwork New Zealand to be operated on behalf of the New Zealand Post.