N5609 was a B727-51 shown here in Royal West titles, landing at Las Vegas. This 727 began life as N470US with Northwest Orient Airlines before being sold to National and reregistered as N5609. This aircraft went on to fly with several US airlines before being “buried” in Biscayne Bay to form an artificial reef, 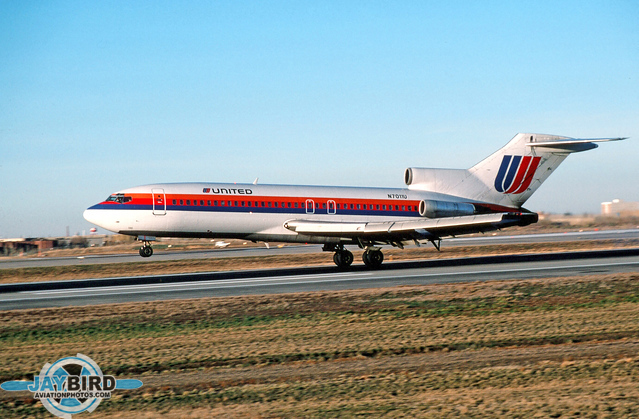 The very first 727 I ever saw was a United Airlines plane sitting outside its maintenance hangar at SFO in December 1963. 22 years later, I photographed B727-22 N7011U, one of the very first 727s, as it touched down on Runway 09L at Denver Stapleton Airport. This shot was taken from one of my favorite locations until Stapleton closed in 1995.

Near and dear to my heart is anything Piedmont Airlines. N841N, seen here at Washington National Airport, is a B727-22 which was originally delivered to United as N7032U. When Piedmont phased out its -100s, this bird went on to fly with Air One, McClain Air, and Key. 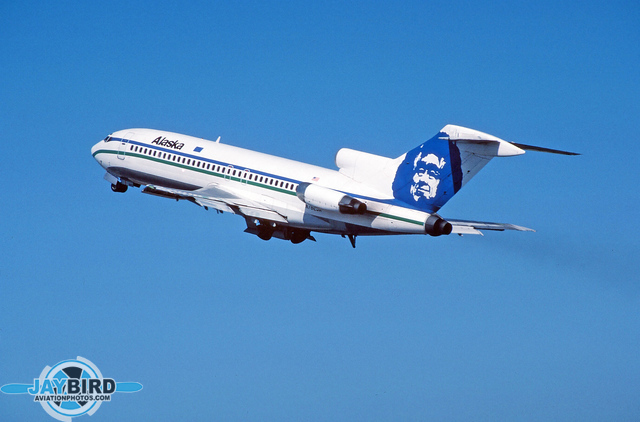 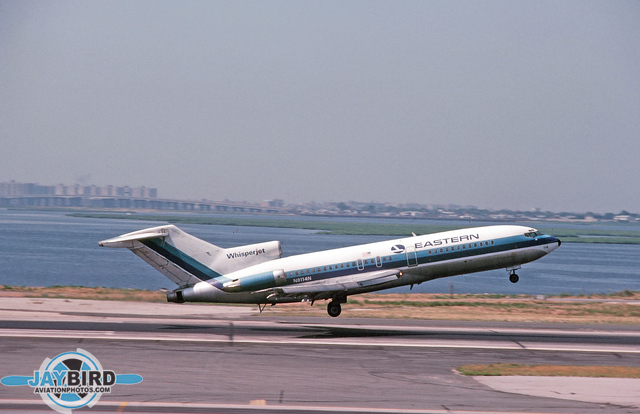 N8114N was a B727-25, seen here lifting off from Runway 31L at JFK. This was taken in January 1981 from the parking deck on top of the Pan Am terminal. This plane spent its entire operational life with Eastern Airlines. 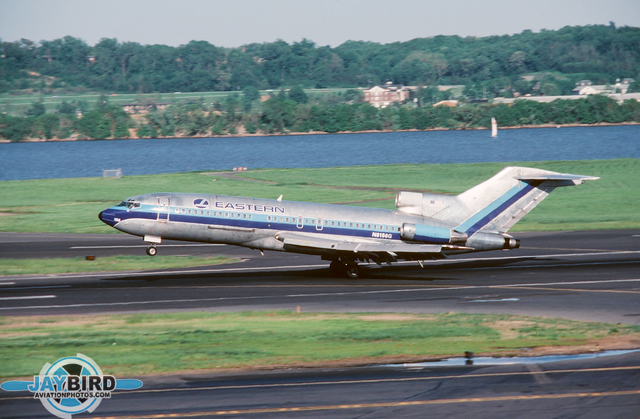 Several of the early American operators of the 727 ordered a “Quick Change” version that could quickly be converted between cargo and passenger configuration. N8156G was a B727-25C ordered and operated by Eastern Airlines. I shot this from the roof of the original passenger terminal at Washington National Airport. N8156G was eventually sold to FedEx as N120FE. 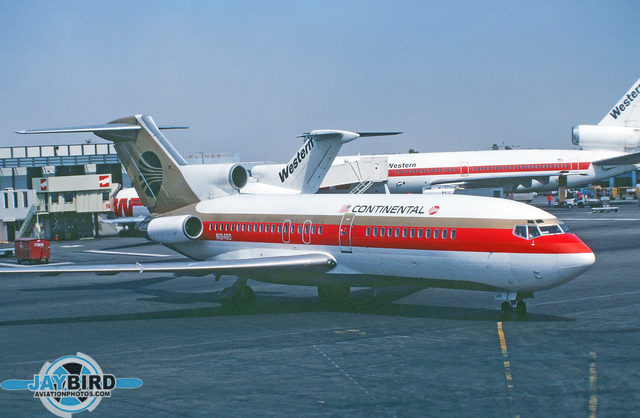 Continental operated an interesting variety of used 727s, including N18480, a B727-76 originally delivered to Australian Airlines as VH-TJA. This photo was taken at LAX. 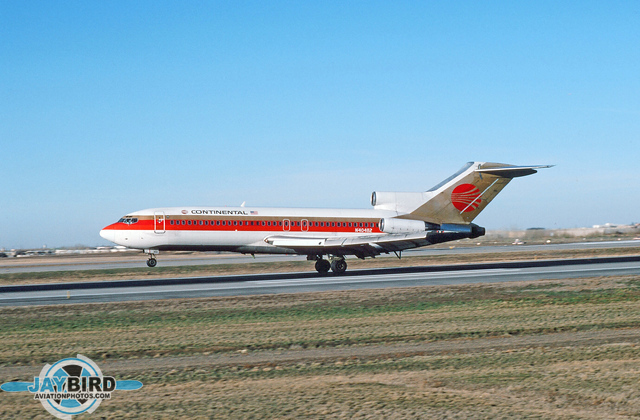 Another used 727 that found its way to Continental was B727-22, N40482. United was the original owner, when it was registered as N7038U. This photo was taken from my favorite perch at Denver Stapleton.

The story of how I came to photograph NZ7272 of the Royal New Zealand Air Force brings a smile to my face. I was flying in a Safe Air Argosy from Wellington to Christchurch as part of an article (Oh, the sacrifices I’ve made over the years…). As we taxied out at CHC, we passed right past this 727. The crew of the Argosy was kind enough to pop open the top hatch, which allowed me to get this photo. This B727-22C was another QC version, originally delivered to United as N7438U. 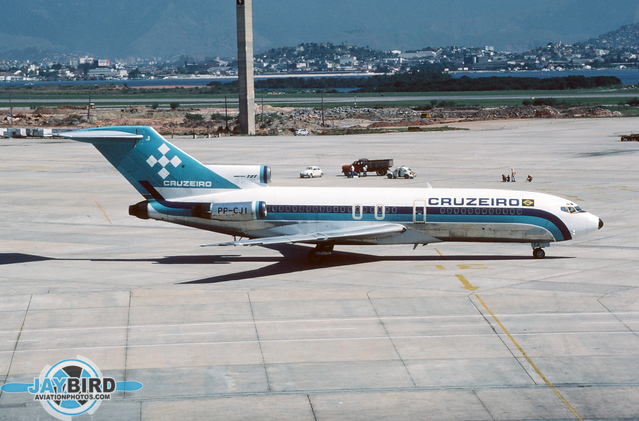 I took my first trip to Brazil in October 1986. Jim Jet Thompson and I spent a week visiting Rio and Sao Paulo. Here are two shots of Cruzeiro B727-11, PP-CJI which I took at GIG. This plane has a colorful history…delivered to Wardair Canada as CF-FUN. She was operated by National as N4509 and Braniff as N302BN before going to Cruzeiro. She later went to Colombia, where she was flown by a couple of airlines.

Here are a pair of VARIG B727s. Above is PP-VLG, a B727-41F (an original VARIG delivery), which was photographed at GIG. Below is PP-VLQ, a B727-95, originally delivered to Northeast Airlines, photographed at GRU.

Transbrasil operated PT-TCI, a B727-22 originally operated by United as N7076U. It was photographed at GRU 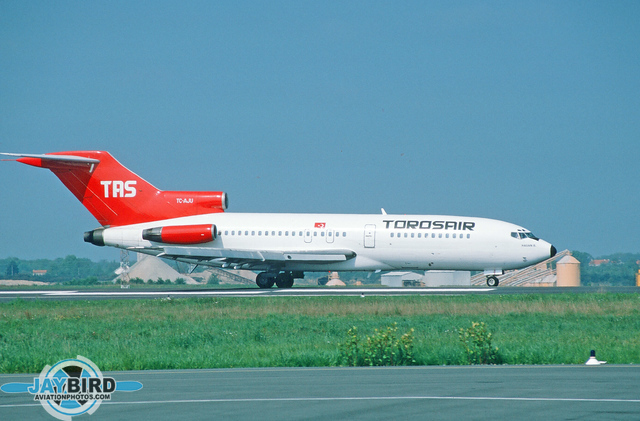 In 1989, I arranged for a flight on Air Inter from Basel/Mulhouse to Nantes by way of Paris. On that rare day, three out of four of those flights were on aircraft types that were new to me. I flew on a Mercure (new to me) from MLH to CDG, an A320 from CDG to NTE  (new to me), and a Caravelle (new to me) from NTE back to CDG. During my brief stay at NTE, I was able to take this shot of TC-AJU, a B727-81 originally delivered to All Nippon. In its lifetime, this airframe was registered in Japan, Panama, Belgium, Germany, Great Britain, and the United States.