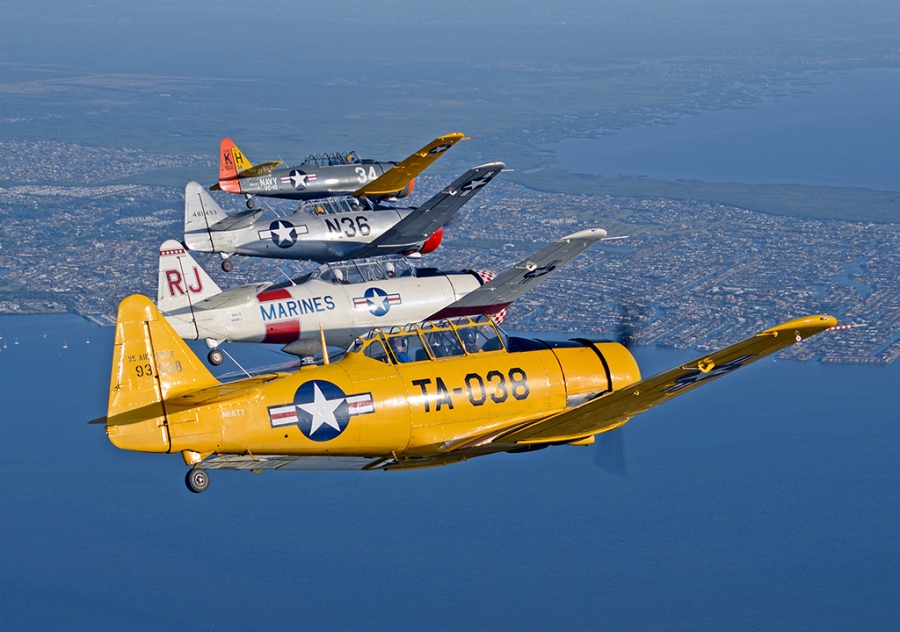 On Wednesday, February 21, I received an email from Ron Alldredge, telling me that he was going to fly his T-34 from his home airport in Tehachapi to Bermuda Dunes to treat Bruce to a flight in the Mentor. This was going to happen on Saturday, February 24. At this point, there was no way I was NOT going to be there! I called John Warwick in San Diego, thinking he might be free to fly me alongside Ron and Bruce to take some special pictures. John already had plans for the weekend. but he sent out an email to the Southern California warbird community, explaining what we were doing and asking if anyone would be willing to help. Sure enough, another Mentor driver, Tyler Trickey offered to fly down from March AFB to help. He said, “I planned to go flying anyway, so this gives me a chance to do something useful, different, and fun!”

You can read the entire story in the first installment of my blog. Let it suffice to say that the stars lined up and it wound up being a simply amazing afternoon. Bruce went flying with Ron and I had the pleasure of flying with Tyler while taking pictures. It was an afternoon that am pretty sure none of us will forget. The warbird community is a lot more than simply boys playing with toys. 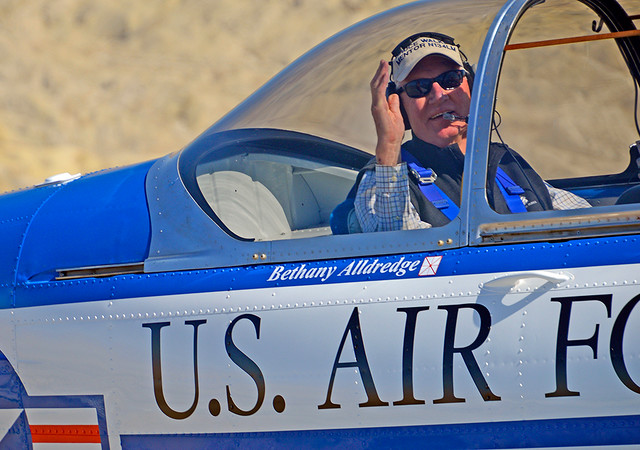 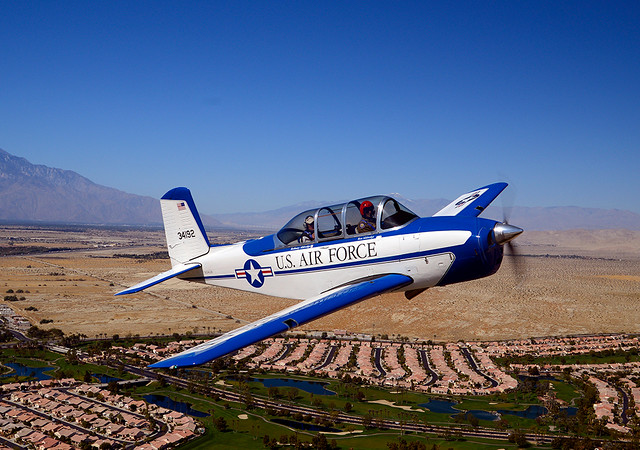 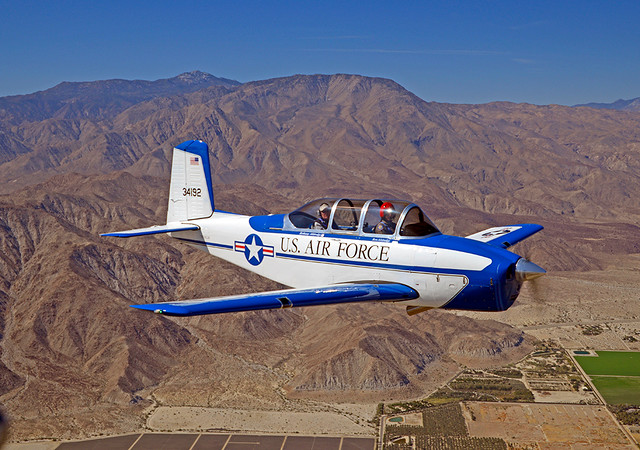 In 2017, Scott “Munchie” Andrews invited me to a formation flying clinic that he organized in Mesa, AZ. That was my first formation flying clinic and it opened the door to much of what followed that year. So, returning to Mesa on March 1, 2008, was a bit like coming home for me. Instead of being a total stranger, I found that I was familiar with most of the pilots involved, and also familiar with how the clinics worked. Many thanks to Munchie for helping me to get started. 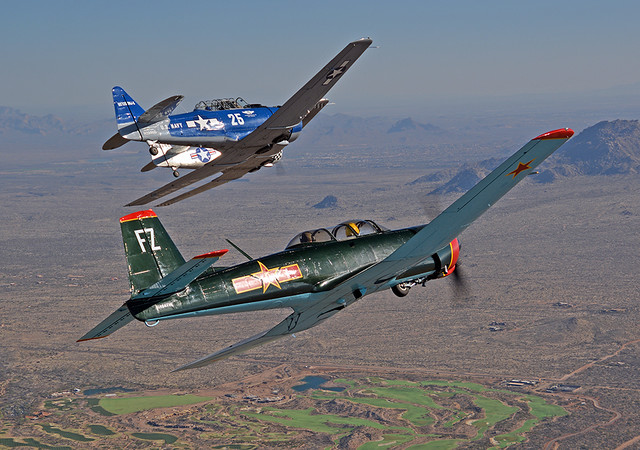 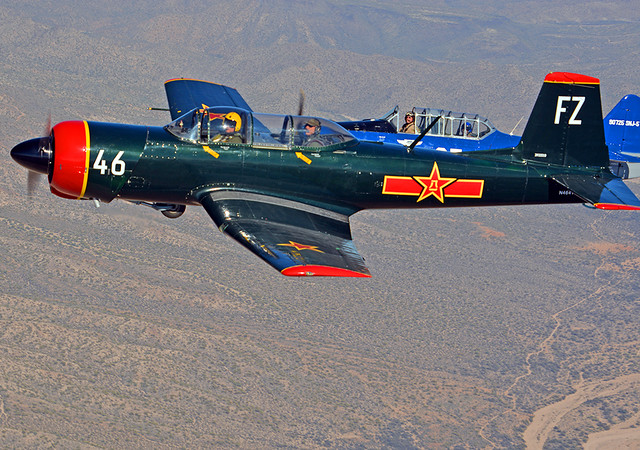 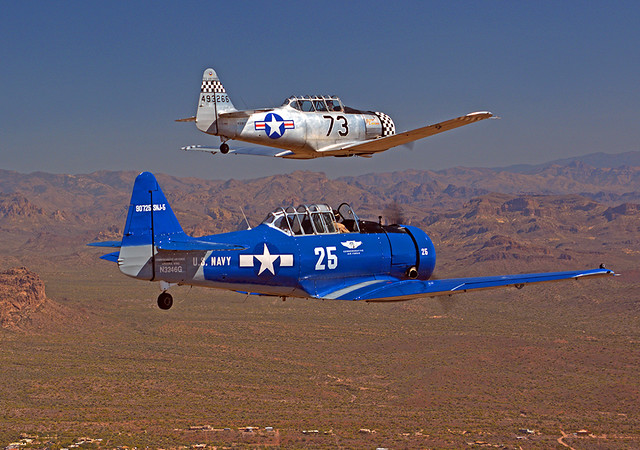 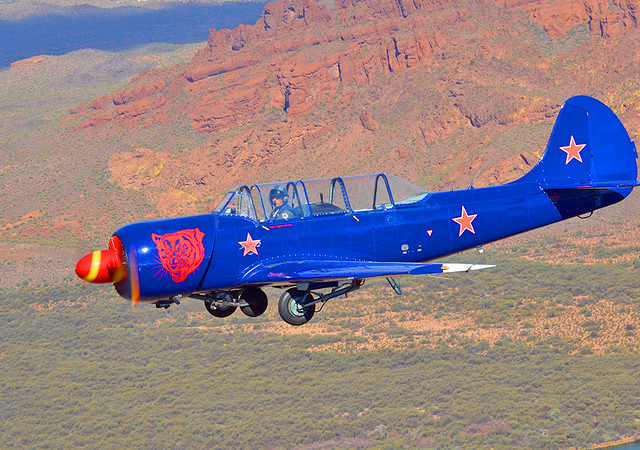 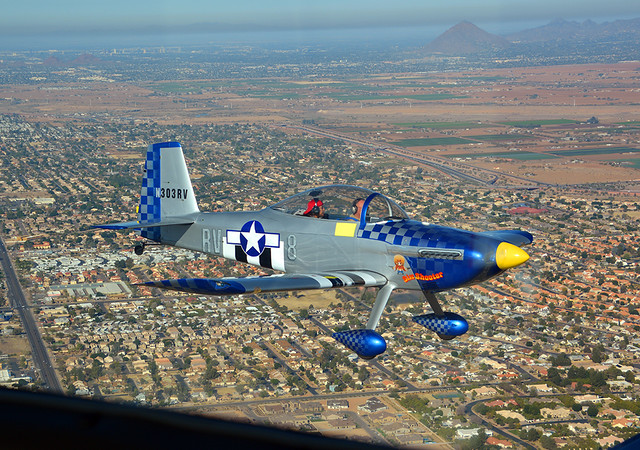 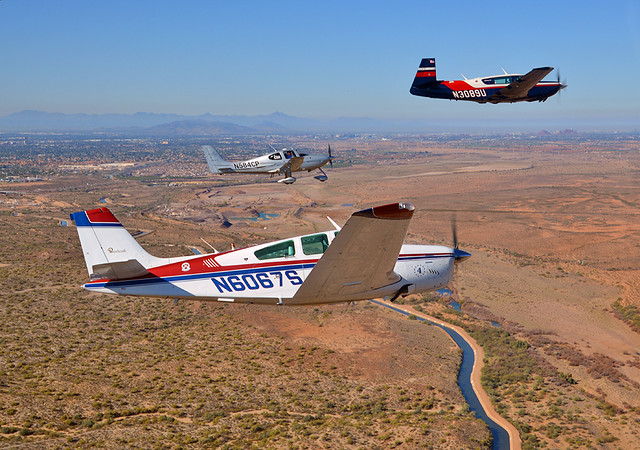 On March 16, I drove the 5 miles to Concord Airport to meet with Dwane Ferguson, organizer of the “Cherokee to Oshkosh” formation clinics. “Ferg” picked me up at Concord in his Cherokee 6 and took me on to Ocean Isle Beach Airport. There, he met with half a dozen Piper Cherokees and pilots to conduct formation training. At first glance, it may not seem as sexy as photographing warbirds. However, I flew with a great group of guys who appreciated having a professional photographer along. 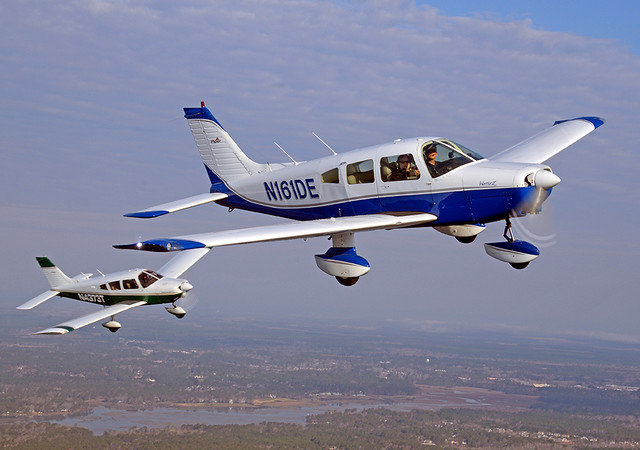 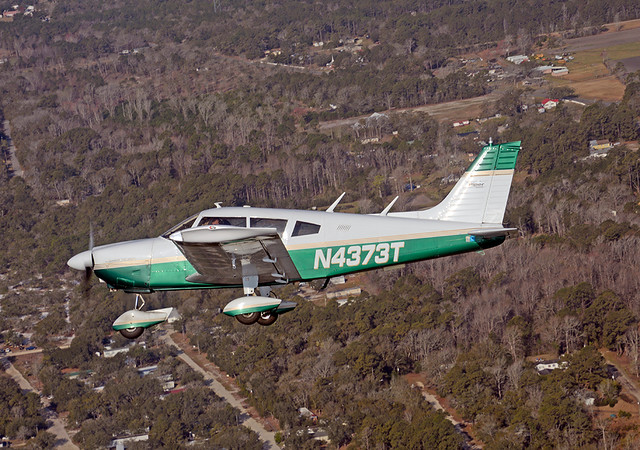 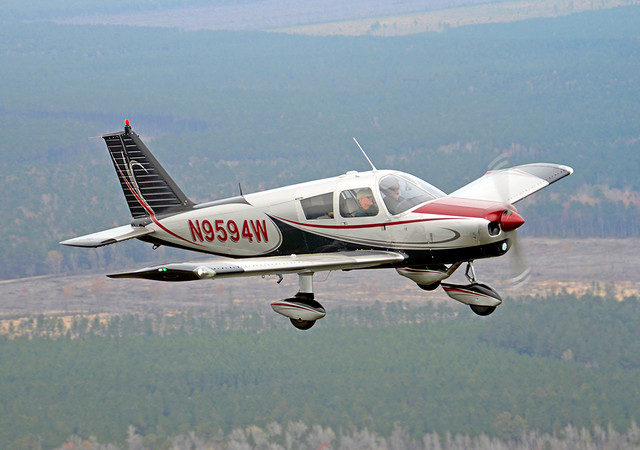 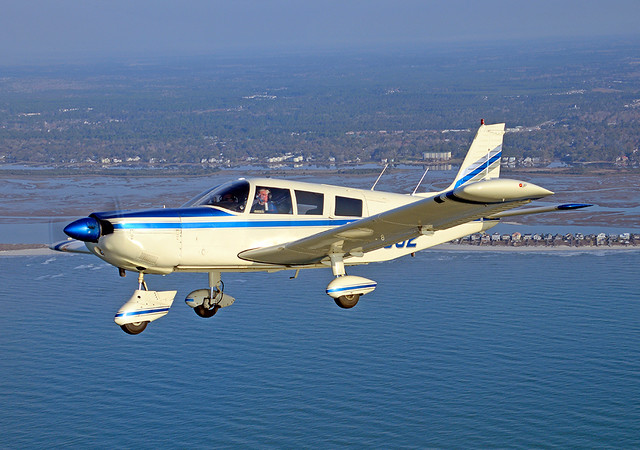 During the last week of March, I tossed two and a half weeks’ worth of clothing, camera equipment, and other supplies into my car and headed south to Punta Gorda, FL, by way of my parents’ home in Atlanta. Punta Gorda was the home spring formation flying clinic of the North American Trainer Association (NATA). T-6s and T 28s from around the country gathered there for a last-minute formation clinic just prior to Sun ‘n Fun.

One person at Punta Gorda single-handedly helped to make my attendance there a success…Walt Fricke, Chairman, CEO, and Founder of the Veterans Airlift Command. Walt owns both a T-34 and an AirCam, And he was very generous with his time in both aircraft for me. Flying in formation is a lot of fun and can yield some very good pictures. However, flying alongside a formation but not definitely in it, permits much more flexibility and creativity in framing my shots. Walt took me up on a couple of sorties in the T 34 and, damn, we got some great pictures. (Note to photographers: finding a pilot knows how to fly a photo ship is our equivalent to striking gold!) 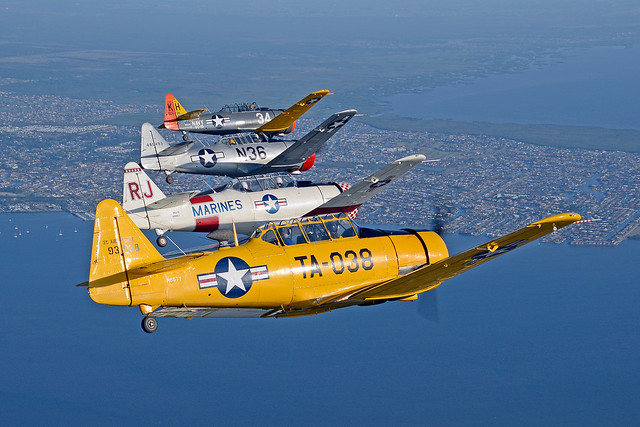 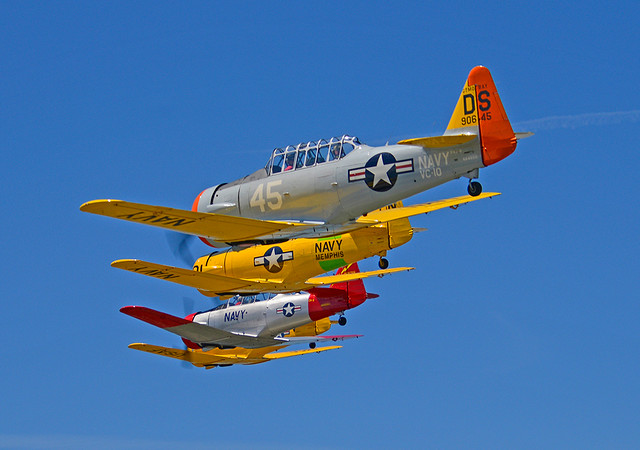 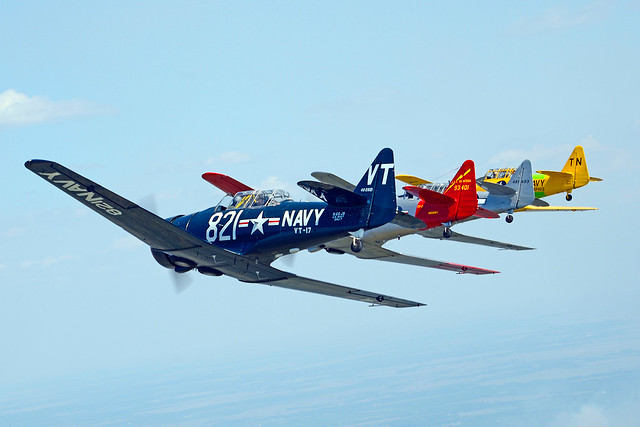 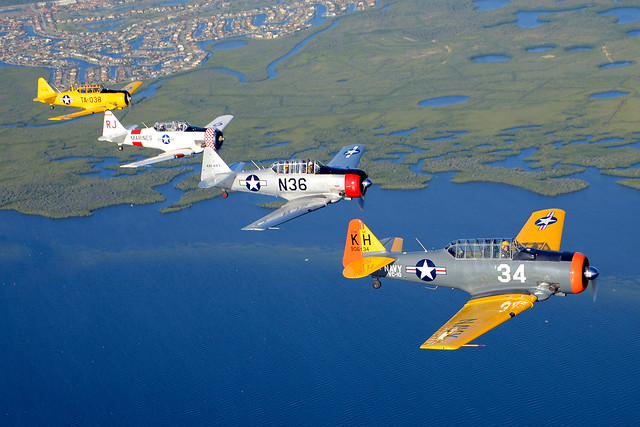 Along with a bunch of nice formation photos, I got plenty of single ship portraits at Punta Gorda as well 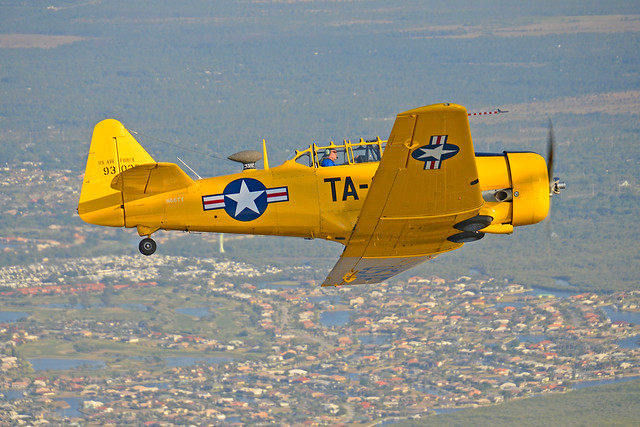 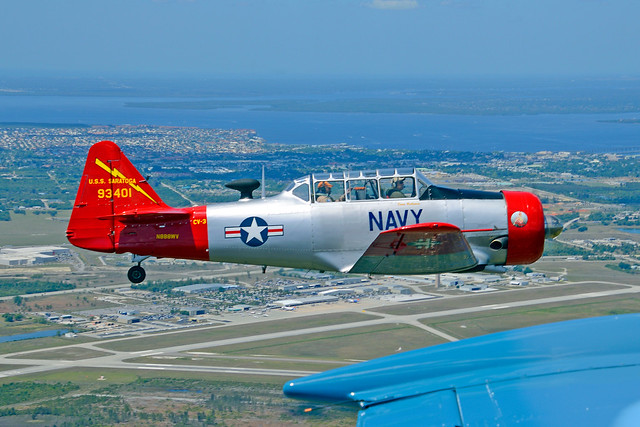 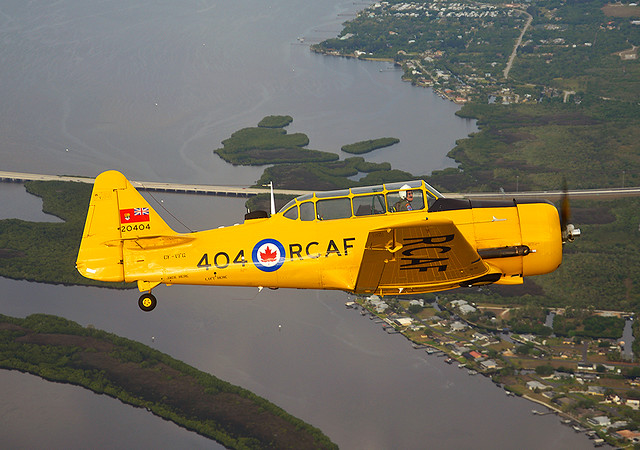 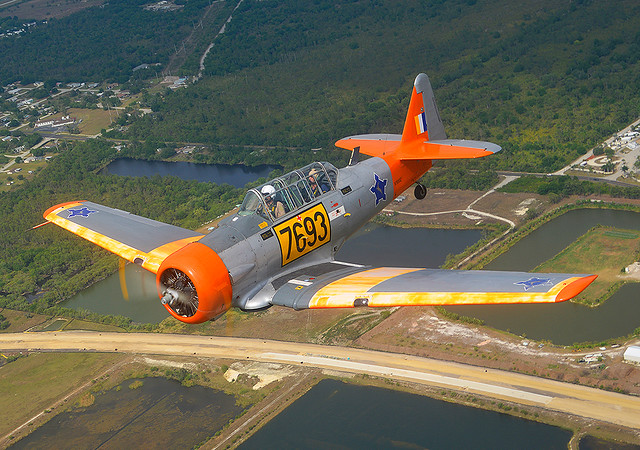 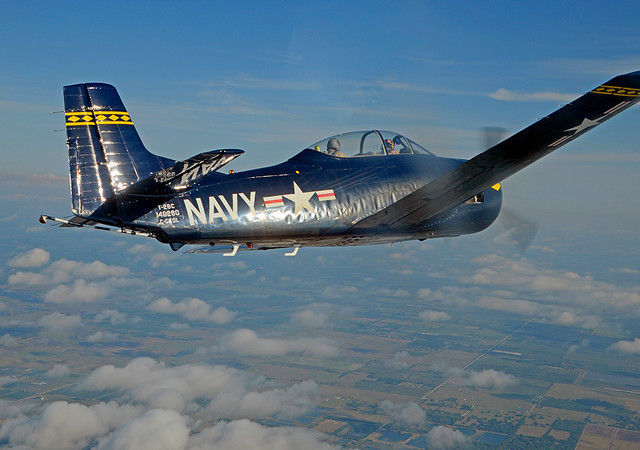 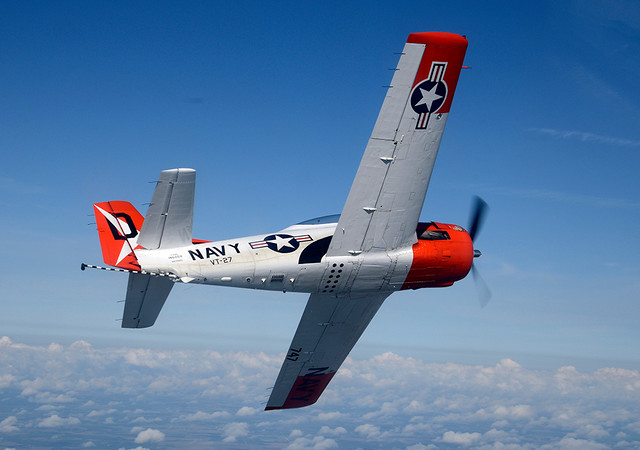 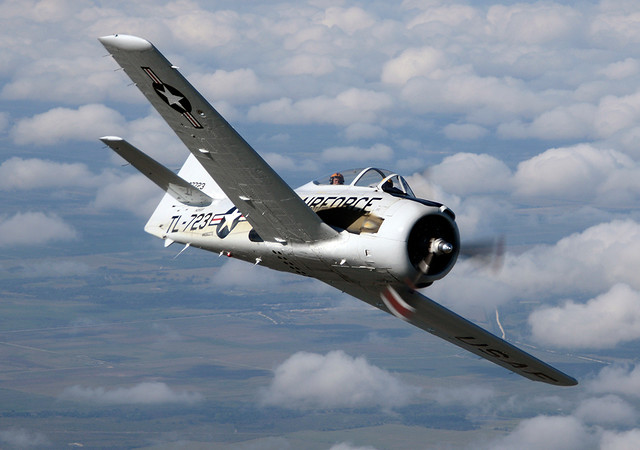 Then, it was on to Sun ‘n Fun. That will be covered in the next blog installment