Tuesday, July 24, 2018, was Day 2 of AirVenture. In the morning, I had the opportunity to enjoy my first flight in the venerable Navion. I had the pleasure of flying with Greg “Big Dawg” Young as he went up for a “rec ride” for his Lead card…a four-ship formation flight during which he demonstrated his skills in leading a formation. He flew under the watchful eye of fellow Navion pilot Tom Burlace, who is a F.A.S.T. check pilot.  To round out the four-ship formation, the Navion drivers recruited Yak-52 pilots Dan Booker and Lee Haven.

Booker notes, “Although the Yak 52 and Navion are in much different categories, they actually fly well together. The challenge in flying with cabin-class aircraft is the visibility issue out the right-hand side of the airplane, as opposed to the unobstructed view out of the canopy of a Yak. Some of the hand signals are a little difficult to see from aircraft stacked to the right of the Navion, and rejoins to the right can be a bit tougher, but Big Dawg was very cognizant of this and was extremely careful to make sure that his hand signals were visible to his wingmen. 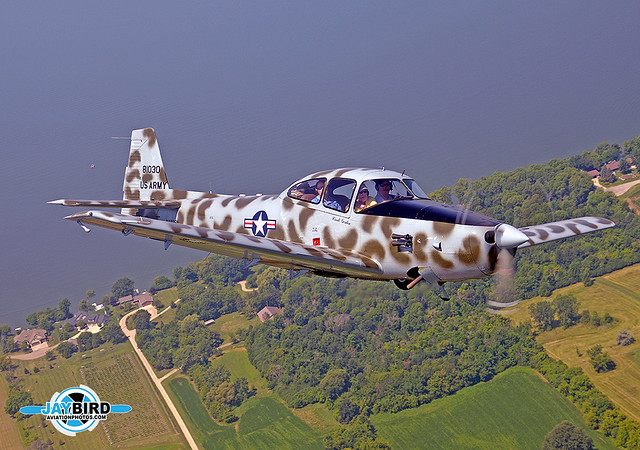 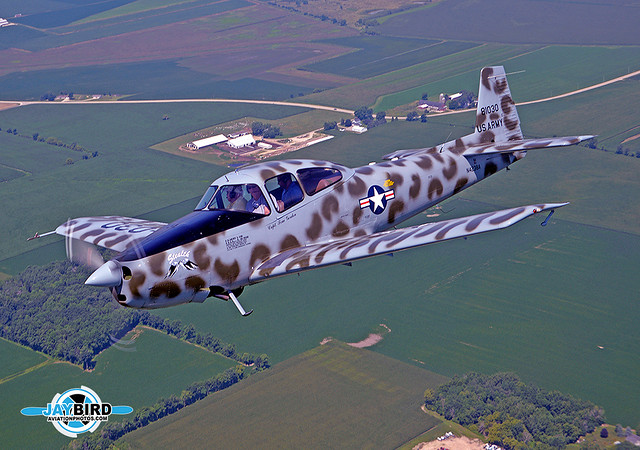 Tom Burlace, a F.A.S.T. Check pilot, flew in the #2 position off our wing and took copious notes about Big Dawg’s performance.

A four-ship formation is required for a Lead rec ride, so Dan Booker (green) and Lee Haven (red & white) filled in as # 3 and 4. 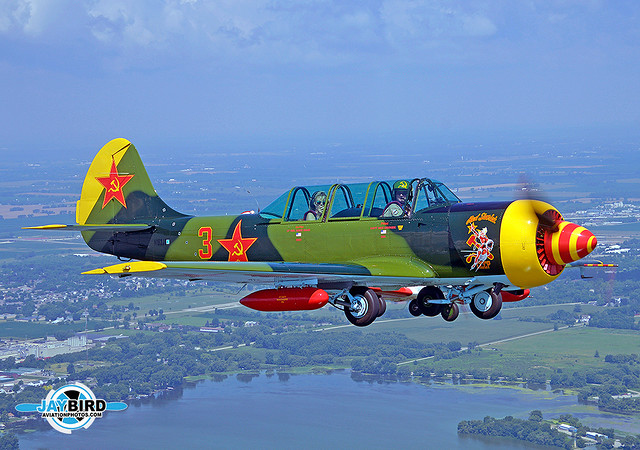 A good formation makes for bad pictures. This is a perfect formation. You have to look very closely to see Lee’s red & white Yak hidden behind Dan’s green Yak.

I asked Big Dawg to step up a couple of feet so that I could capture this good-looking formation. All in all, he passed his rec ride with flying colors. A couple of weeks later, he passed a final test from a check pilot, and was officially awarded his Lead card. Congratulations, Greg.

In the afternoon, I made my way over to our traditional afternoon photo spot adjacent to Runway 18/36. While it is a great vantage point from which to watch the main air show, the real attraction to me is “The show after the show.” During the scheduled air show, Oshkosh Airport is closed to all traffic other than those participating in the show. The moment the air show is over, the airport is open to regular traffic, and the assortment of aircraft coming and going can resemble another air show. It was a good ending to a great day. 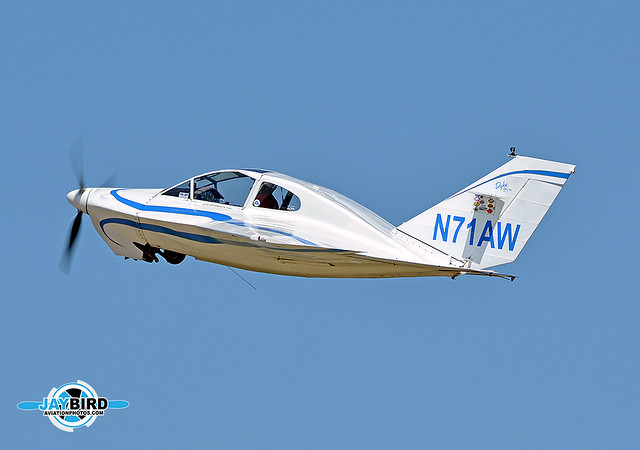 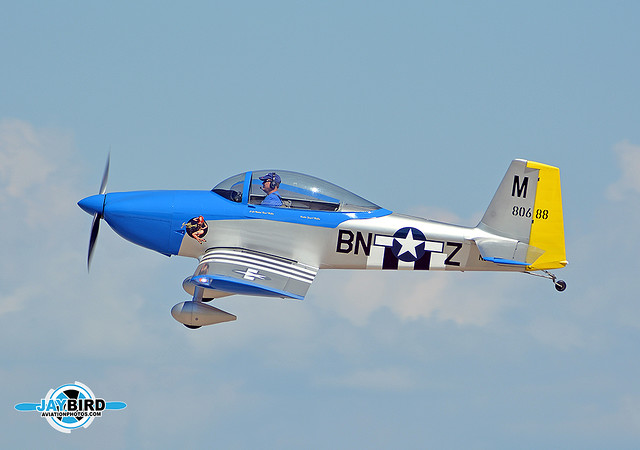 Sometimes, the show after the show can be every bit as interesting as the show! All in all, it was a good day, and I finished the day looking forward to what Day Three was going to bring…