AirVenture 2018, a.k.a. the Oshkosh Air Show is, of course, the premiere aviation event of the year. It can best described as Woodstock for airplane people. With my involvement in the warbird community, my participation at AirVenture has changed in the past two years. Until last year, my attendance at Oshkosh could be compared to watching a NASCAR race from the bleachers. But that all changed last year, as I had the opportunity to fly on two “dawn patrol” flights. It was like watching a NASCAR race from pit row.

As one of the official Redstar Pilots Association correspondents, I was able to join the RPA in the Warbird Mass Arrival, which occurred on Monday, July 23, the official opening day of AirVenture 2018.

Dan Booker, newly-elected Regional Director for the North Central Region of the RPA, was the primary RPA organizer for AirVenture 2018, and he did a magnificent job of organizing AND participating in the RPA events throughout the week. Our morning started out with a thorough briefing by Booker, and then we flew out to nearby New Holstein WI, to assemble for the Mass Arrival. 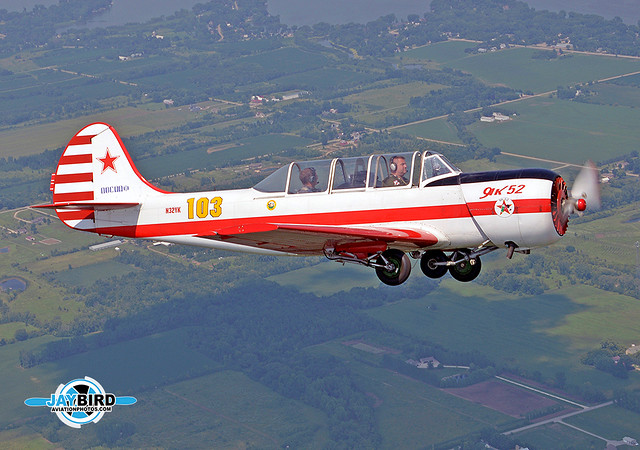 At New Holstein, we grabbed some lunch, and then briefed for the flight back to Oshkosh. As the Lead of the 12-ship formation, the return flight was a particular challenge for Booker. Not only did he have to hit his Time On Target exactly, but he also had to accomplish a rendezvous with fellow RPA member John Shuttleworth, who met the formation flying a Douglas AD-1 Skyraider belonging to the Warbird Heritage Foundation. 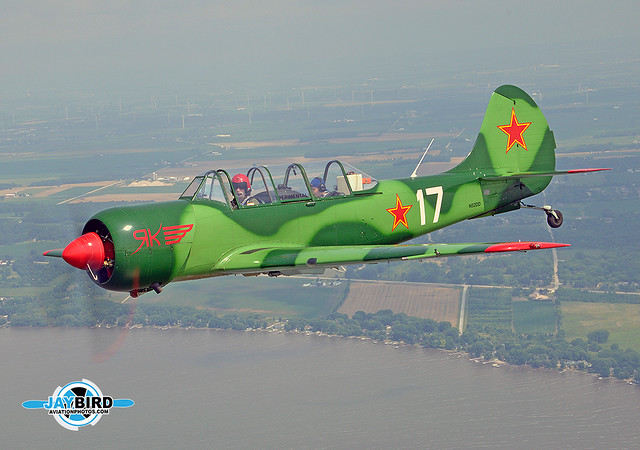 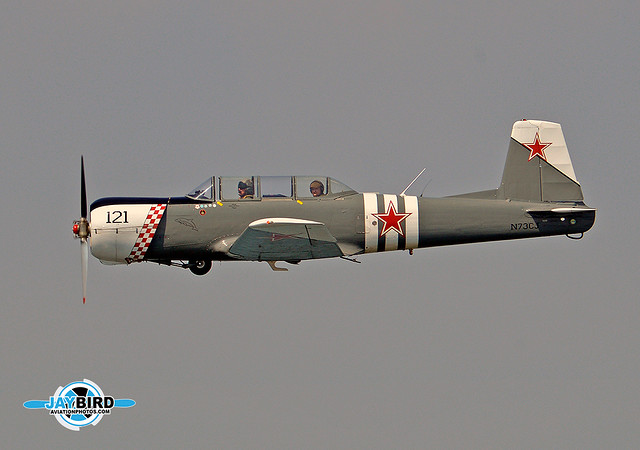 Keith Harbour poses for my camera in his Nanchang CJ-6

Kurt Muhle (919) in his CJ-6, and David Wilkins (38) in his Yak-52. Side by side, it is easy to distinguish the difference between these two aircraft types. 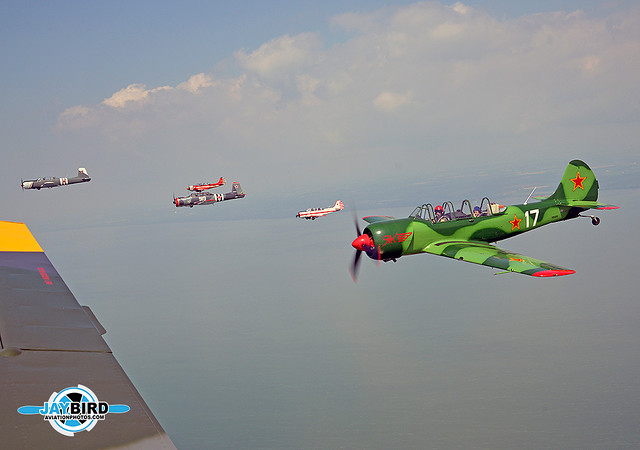 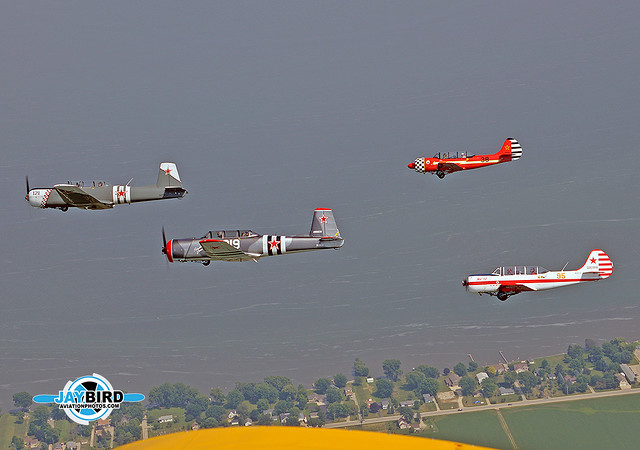 We had a dozen RPA aircraft, awaiting the rendezvous with John Shuttleworth, who met us flying a Douglas AD-1 Skyraider. 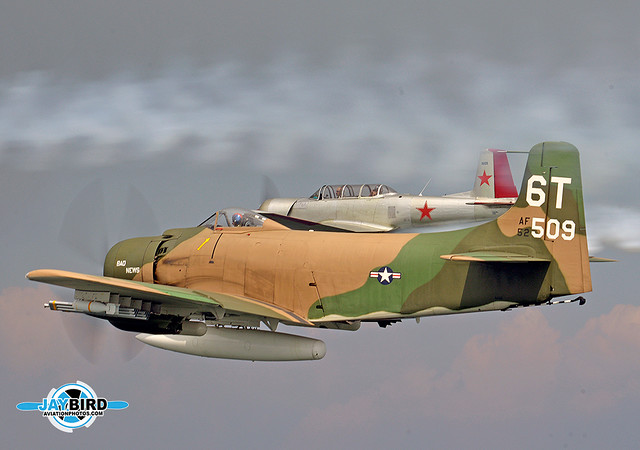 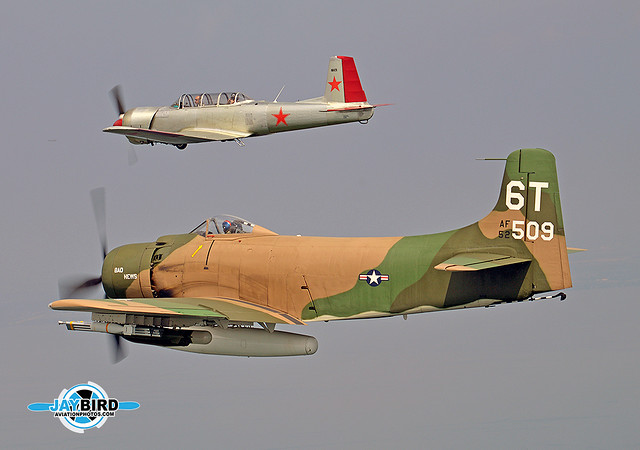 All went well, and right on schedule, and Shuttleworth slid into the slot position of the first four-ship flight. The RPA made an impressive arrival into Oshkosh as its part of the Mass Warbird Arrival, and I was privileged to participate in the event. 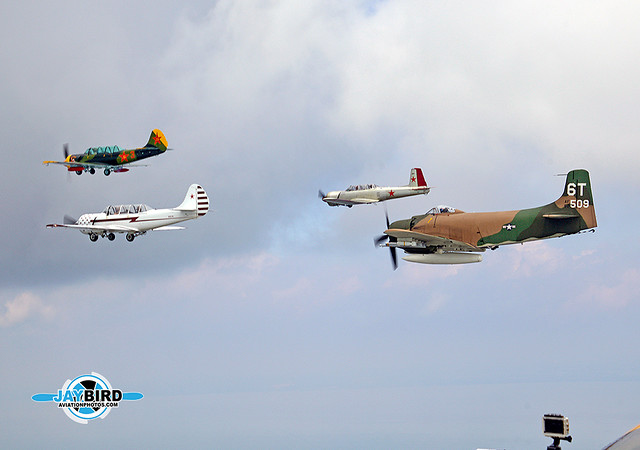 Shuttleworth slid his Skyraider into the slot of the lead flight, flanked by Joe Oram (L) and Craig Payne (R), with Dan Booker leading the flight.